New forms of diabetes drugs, known as GLP-1 based drugs, and promoted as “the new darlings of diabetes treatment” – make the pharmaceutical industry billions. But are they associated with an increased risk of cancer and do we know everything we should about these new treatments?

The BMJ and Channel 4 Dispatches investigated and found that evidence suggesting potential harm from the drugs in industry studies has not been published.

Some independent studies challenge the conclusions of the drugs manufacturers' own research. Now some medical experts and patient groups are calling on the pharmaceutical companies to be more transparent in reporting of study data and to enter into dialogue about safety concerns.

As a result, millions of patients around the world have not been fully informed about some of the possible risks.

Some critics say the drug regulators in Europe and the US have been slow to pursue concerns about the potential adverse effects of these new diabetes drugs, despite the emerging warning signs in the medical literature, regulatory documents, and adverse event databases.

GLP-1 based drugs are used to treat type 2 diabetes by regulating blood sugar. Some of these drugs also suppress appetite and are currently being tested as a possible treatment for obesity.

In the course of this investigation, The BMJ has reviewed thousands of pages of regulatory documents obtained under freedom of information and found unpublished data pointing to “unwanted proliferative or inflammatory pancreatic effects.”

The BMJ has also found that, despite published reports that indicated safety concerns, companies have not done certain critical safety studies; nor have regulators requested them yet. And access to raw data that might help resolve doubts about the safety of these drugs has been denied.

Dr Deborah Cohen, The BMJ's Investigation Editor, says: “On their own the individual pieces of unpublished evidence may seem inconclusive, but when considered alongside other emerging and long standing evidence, a worrying picture emerges, posing serious questions about the safety of this class of drug.”

Three publications this year have raised concerns long held by some experts about the potential side effects of GLP-1 based drugs, prompting both the US Food and Drug Administration (FDA) and the European Medicines Agency (EMA) to launch a review into whether the drugs may cause or contribute to the development of pancreatic cancer. And in America, hundreds of people are suing manufacturers alleging that the drugs caused pancreatitis and in some cases cancer.

Yet the evidence is fiercely contested amongst scientists and manufacturers stoutly defending the safety of their products.

Some argue that the published evidence against the drugs is weak, while others say we can’t yet be sure that these drugs are safe and are calling for all the study data to be made public for independent analysis.

Research by Professor Peter Butler at the University of California Los Angeles, for example, found worrying changes in the pancreases of animals that received a GLP-1 based drug. He has also found abnormal changes, including pre-cancerous lesions, in the pancreases of eight organ donors taking GLP-1 based drugs compared with patients taking other anti-diabetic drugs.

And studies of side effects reported to the regulators have also started turning up cases of pancreatic cancer among patients on GLP-1 based drugs. Both EMA and the FDA have confirmed to the BMJ that they have “signal” for pancreatic cancer – but this does not mean there is a causal link.

Together these findings raise important and troubling questions about a possible link between these diabetes drugs and pancreatic cancer, but no safety alert has yet been issued by the regulators.

More information is expected later this month, when the US National Institutes of Health hold a two-day meeting on possible links between diabetes, diabetes drugs and pancreatic cancer.

But some consumer groups are calling for the drugs to be withdrawn as a diabetes treatment to prevent potential harm to patients while we wait for this evidence – and they don’t want to see them licensed as an obesity treatment.

Writing in The BMJ, Dr Fiona Godlee, Editor in Chief said: "All drug licensing is about balancing benefits and risks. But instead of engaging in open debate about legitimate and important scientific questions, the manufacturers have been unwilling to share their data. Meanwhile patients and doctors have not been kept properly informed about the uncertainties surrounding these drugs."

She adds: “The debate would be much easier to resolve if all the information was placed in the public domain so scientists, doctors and ultimately patients could make up their own minds.” 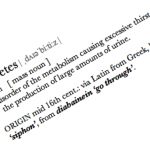 In an editorial in The BMJ, Edwin Gale, Professor of diabetic medicine, says this shows once again that current regulatory procedures are inadequate to deal with the challenge of drug treatments that have more than one biological target, which he calls "shotgun therapies." He says: "Similar scenarios will be re-enacted while secrecy rules and the companies control access to the data."

In statements to Channel 4 Dispatches airing tonight, the drug companies all maintain their commitment to patient safety. On monitoring, the companies all say they have regular, close and vigorous safety processes in place, including large scale, long term trials, and the results are routinely submitted to the regulatory authorities.

The BMJ is campaigning for improved access to data from clinical trials – see bmj.com/opendata

If patients have any concerns about the diabetes drugs they are taking, they are asked to consult with a doctor before changing their medication.

Corbyn to lay out defence and foreign policy priorities