But the global total for this will be some $920 million. JPMorgan has agreed to settle the Securities and Exchange Commission's charges that it misstated financial results and lacked effective internal controls by admitting the facts and paying a $200 million penalty as well as publicly acknowledging that it violated federal securities laws.

This comes after the SEC previously charging two former JPMorgan traders with committing fraud to hide massive losses of $6.2 billion in 2012 finding that the company failed to ensure the traders were properly valuing the fund.

"JPMorgan failed to keep watch over its traders as they overvalued a very complex portfolio to hide massive losses," said George S. Canellos, the Co-Director of the SEC's Division of Enforcement.  "While grappling with how to fix its internal control breakdowns, JPMorgan's senior management broke a cardinal rule of corporate governance and deprived its board of critical information it needed to fully assess the company's problems and determine whether accurate and reliable information was being disclosed to investors and regulators."

The settlement also included three other agencies, the U.K. Financial Conduct Authority ($220 million), the Federal Reserve ($200 million), and the Office of the Comptroller of the Currency ($300 million).  JPMorgan will pay a total of approximately $920 million in penalties in these actions by the SEC and the other agencies said the SEC.

"When the scale of the problems at JPMorgan became apparent, it sent a shock-wave through the markets. Maintaining the integrity of markets is a key part of our wholesale conduct agenda. We consider JPMorgan's failings to be extremely serious such as to undermine the trust and confidence in UK financial markets.

"This is yet another example of a firm failing to get a proper grip on the risks its business poses to the market. There were basic failings in the operation of fundamental controls over a high risk part of the business. Senior management failed to respond properly to warning signals that there were problems in the CIO.  As things began to go wrong, the firm didn't wake up quickly enough to the size and the scale of the problems. What is worse, they compounded this by failing to be open and co-operative with us as their regulator.

"Firms must learn the lessons from this incident and ensure that they have business practices, values and culture to control the risks in their businesses." 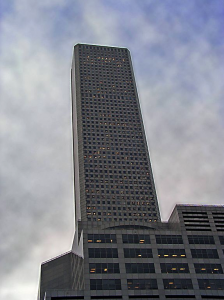 The SEC said that among the facts that JPMorgan has admitted in settling the SEC's enforcement action are:

• The trading losses occurred against a backdrop of woefully deficient accounting controls in the CIO, including spreadsheet miscalculations that caused large valuation errors and the use of subjective valuation techniques that made it easier for the traders to mismark the CIO portfolio.

• JPMorgan senior management personally rewrote the CIO's valuation control policies before the firm filed with the SEC its first quarter report for 2012 in order to address the many deficiencies in existing policies.

• By late April 2012, JPMorgan senior management knew that the firm's Investment Banking unit used far more conservative prices when valuing the same kind of derivatives held in the CIO portfolio, and that applying the Investment Bank valuations would have led to approximately $750 million in additional losses for the CIO in the first quarter of 2012.

• External counterparties who traded with CIO had valued certain positions in the CIO book at $500 million less than the CIO traders did, precipitating large collateral calls against JPMorgan.

• As a result of the findings of certain internal reviews of the CIO, some executives expressed reservations about signing sub-certifications supporting the CEO and CFO certifications required under the Sarbanes-Oxley Act.

• Senior management failed to adequately update the audit committee on these and other important facts concerning the CIO before the firm filed its first quarter report for 2012.

• Deprived of access to these facts, the audit committee was hindered in its ability to discharge its obligations to oversee management on behalf of shareholders and to ensure the accuracy of the firm's financial statements.