Almost 100 years on from the conflict, JRR Tolkien’s First World War revolver is to go on public display at IWM North, part of Imperial War Museums, in Manchester.

Tolkien, author of The Lord of the Rings and The Hobbit, endured life in the front line trenches of the Somme throughout the summer and autumn of 1916.

The impact of the battle remained with him for the rest of his life and its influence can be clearly seen in his unique mythological creations.

The revolver will go on display in IWM North’s Main Exhibition Space this December, ahead of the opening of IWM North’s major exhibition ‘From Street To Trench: A War That Shaped a Region’ in April 2014to mark the First World War Centenary. Entry to IWM North is free; donations are welcomed.

‘This December just as the latest The Hobbit film launches in cinemas, visitors to IWM North will be able to see this weapon and connect further with Tolkien’s magical stories which were born from harrowing wartime experiences. Exhibiting this object is for us the start of what will be an extremely busy time as we prepare to launch our major First World War Centenary exhibition, From Street to Trench: A War that Shaped a Region, in April.’ 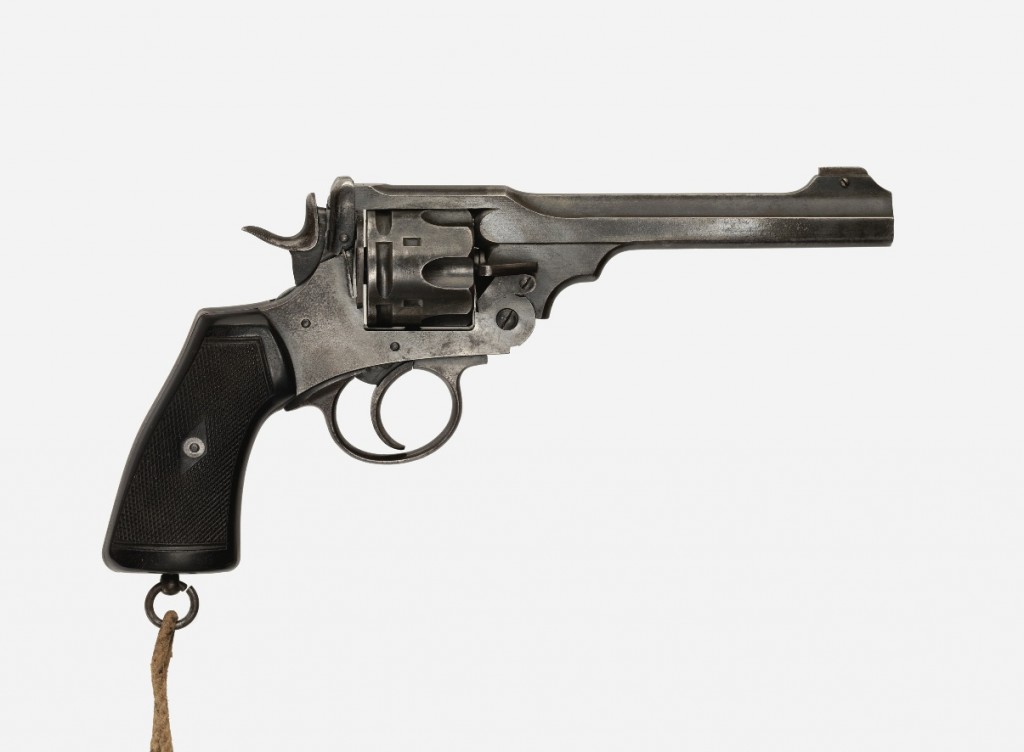 Tolkien graduated from the University of Oxford in June 1915 and soon obtained a commission in the army as a Second Lieutenant. In June 1916 Tolkien went to France and was posted to the 11th Battalion, The Lancashire Fusiliers.

Between June and November 1916, more than 1 million people were killed in The Battle of The Somme. Tolkein and his battalion were posted there from July 1916. He occupied front line trenches in Beaumont-Hamel, Serre and the Leipzig Salient.

At the end of October, weighed down by weeks of tension and wretched conditions, Tolkien contracted trench fever and was sent back to hospital in Birmingham.

He remained unfit for the rest of the war. It was at this time that he began to write early versions of his 'Middle Earth' stories. Debate continues regarding the extent to which Tolkien's war experiences influenced his literary work.

Tolkien’s Webley Mk V was the standard British service revolver at the outbreak of the First World War.