Nick Clegg sold his political soul to David Cameron for a referendum on AV, just as Faust did to the Devil for worldly knowledge and power. But what will happen to him and their coalition in the wake of the 'No vote' winning the day? 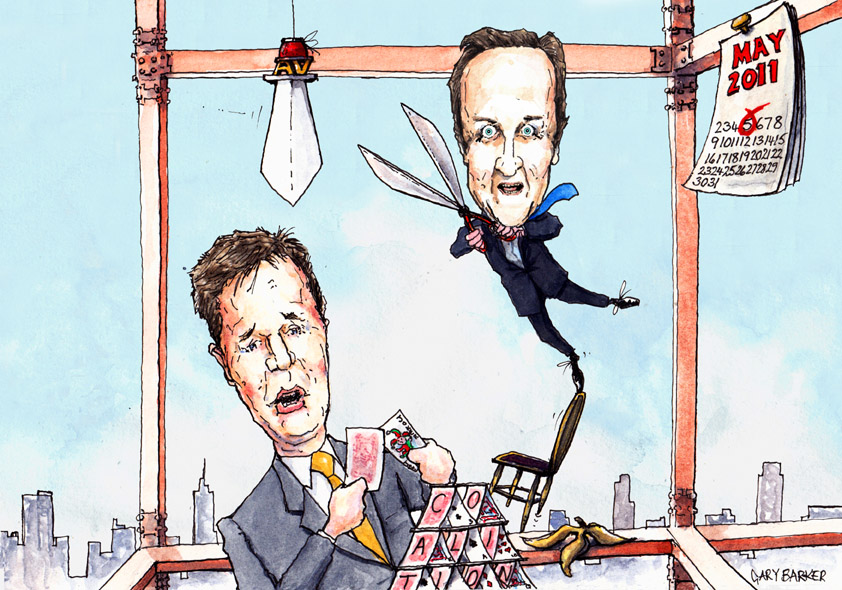 Now we all know that turkeys do sometimes vote for Christmas, but I doubt the LibDem MPs will be in any hurry to revolt to such an extent that would create the need for an immediate general election, but the knives will certainly start to come out for Nick 'The Quisling' Clegg.

Personally I would welcome the political demise of any politician who drags us farther and farther to the right and with it the moveable feast which is the political centre. And Nick Clegg has done nothing to deserve any special treatment from me nor anyone else who doesn't want to see the end of LibDems as a political party. It seems obvious David 'the gentleman is for turning' Cameron struck a deal with Clegg in the early days of the coalition to not be part of promoting the 'No to AV vote', only to go back on the deal a few weeks ago and orchestrating a singularly nasty and frankly dishonest campaign when he realised the 'Yes to AV' vote might just win, meaning the Tories would never again rule in a majority government and so all stops were pulled out to prevent this. Now many may believe the Tory Party to be one of self-interest and division, but one thing they do know better than any other major party is the buttons to push with electorate to get what they want. The result being Cameron and Clegg dancing around each other like post-coital Praying Mantises and there is only ever one outcome in that particular scenario.

So what will we see after 6th May? Besides probable challenges to Clegg's leadership, I believe it will be pretty much business as usual on the outside. However on the inside I suspect there will be increasing tension in the Cabinet and in the House, resulting in a slow drip of defections from the LibDems to both Labour and the Conservative benches, as the turkeys realise the political 'Christmas' of the next general election draws ever nearer.