Back In Time, the debut album from acclaimed singer/songwriter Judith Hill, will be released through NPG Records on October 23. The wide release follows the album's unprecedented introduction in March 2015, when Live Nation made it available to newsletter subscribers for free for a brief 48 hours.

Hill co-produced the soulful Back In Time with multi-platinum icon Prince. Their creative partnership began after Judith named the legendary artist as her dream collaborator in an interview. Prince called her shortly thereafter and invited her to Paisley Park Studios. The playful behind-the-scenes video, which cam ou on Youtube last week, captures the jam-like vibe of the subsequent recording sessions and is shown below.

The scintillating, horn-fueled "Cry, Cry, Cry," one of eleven tracks penned by Hill for Back In Time, is streaming now on TIDAL and Spotify (see below for the album's full track listing).

Rolling Stone has praised Hill's "seasoned, soulful sound" and The Wall Street Journal noted, "[She] has pipes, experience, style." The Huffington Post hailed her as "a standout talent" and Idolator observed, "Her pitch, range and style are absolutely outstanding."

Hill, who opened for Prince on his spring 2015 tour, duets with him on "Million $ Show," the lead-off track on his new album, HITNRUN Phase One, which was released this month. She won a GRAMMY® earlier this year when the Morgan Neville-directed documentary 20 Feet From Stardom was honored as Best Music Film. The film, which also won an Oscar, shines the spotlight on the untold true story of singers like Hill and co-stars Darlene Love, Merry Clayton and Lisa Fischer, who have backed some of the greatest musical legends of the 21st century. Judith has supported such artists as the late Michael Jackson, Stevie Wonder, Elton John, John Legend and Josh Groban.

Hill, who wrote her first song when she was only four years old, comes from a musical family. Her mother, a classical pianist from Japan, and her father, a funk bass player, both played with Sly Stone, Chaka Khan, Rufus and many other artists. 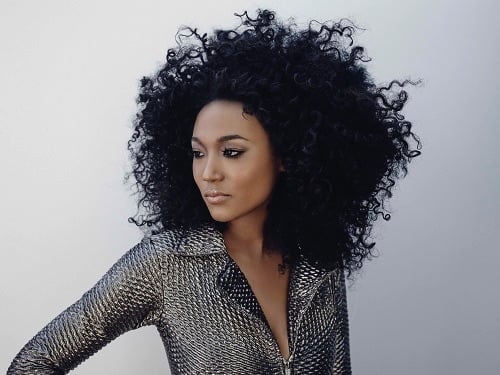 Back In Time – Track Listing:

The economic impact of the Olympics