GfK’s UK Consumer Confidence Index has increased six points to 7 in June.  All of the five measures used to calculate the Index saw increases this month. 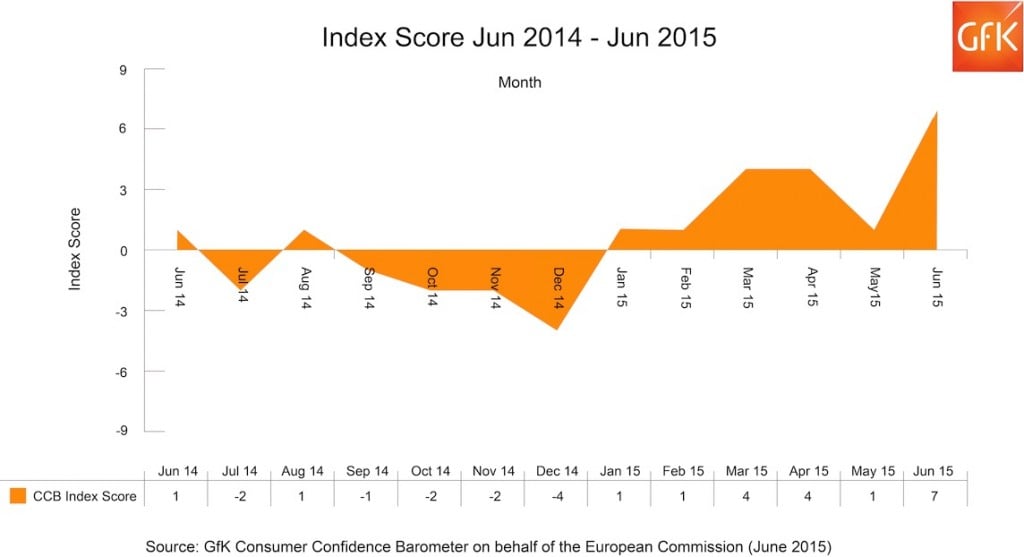 “We’re seeing a dramatic uptick in confidence this month, a real post-election bounce that’s put a spring in the step of consumers across the UK. June’s six point jump takes the Overall Index Score back to levels not seen since the late Nineties or early days of the Noughties. Across all key measures we’re reporting higher levels of financial optimism for both our own personal situation and for the general economy as a whole for the coming 12 months.

This renewed optimism could also translate into a busy time for retailers. The number of shoppers agreeing that “now is a good time for people to make major purchases such as furniture or electrical goods” has powered ahead by a buoyant 14 points this month compared to negative sentiment for the same period last year.”

The Overall Index Score has increased six points this month to 7.  All five measures used to calculate the Index saw increases in June. 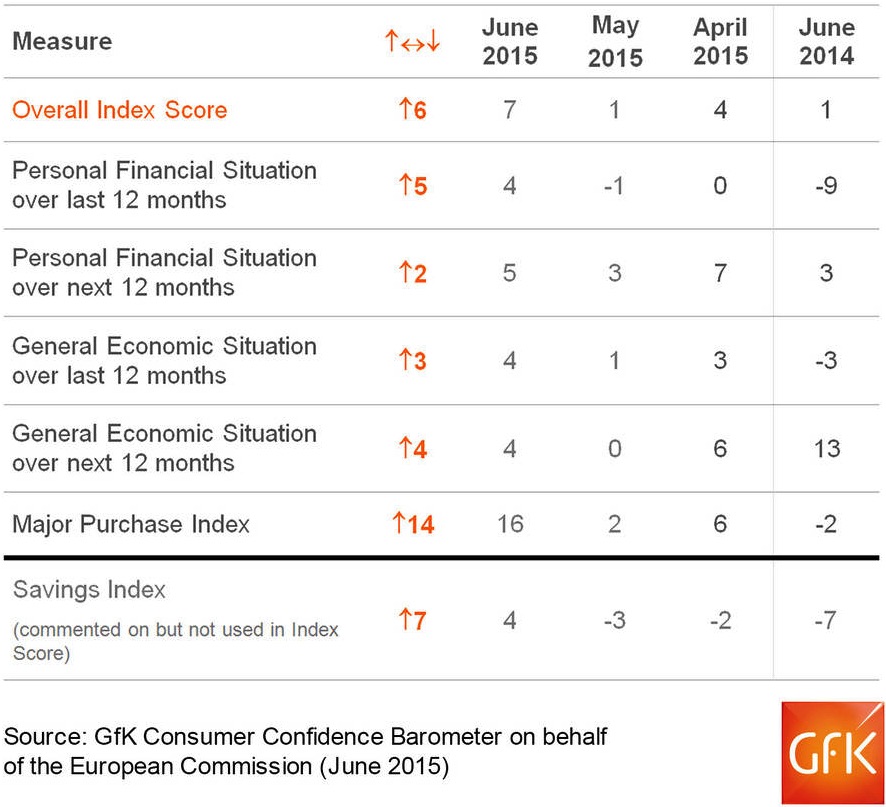 The index measuring changes in personal finances during the last 12 months has increased five points to 4; this is 13 points higher than June 2014.

The forecast for personal finances over the next 12 months has increased two points to 5 this month; this is two points higher than June 2014.

The measure for the General Economic Situation of the country during the last 12 months has increased three points this month to 4; this is seven points higher than June 2014.

Expectations for the General Economic Situation over the next 12 months have increased four points to 4; this is nine points lower than this time last year.

The Major Purchase Index has increased 14 points this month to 16; this is 18 points higher than this time last year.

The Savings Index has increased seven points to 4; which is 11 points higher than June 2014.