June’s output data yields a poor end to Q2, with growth in industry dependent almost entirely on oil and construction contracting. Surveys offer more hope for the near future, although trade numbers show no sign of the economy rebalancing yet.

June’s official output data for industry and construction did nothing to change the impression of an economy stuck in a pattern of sluggish growth.

Admittedly, output in the former saw the first increase since last November, however, this was accounted for almost entirely by higher oil production. The dominant manufacturing sub-sector stagnated, leaving output no higher than seven months previous. 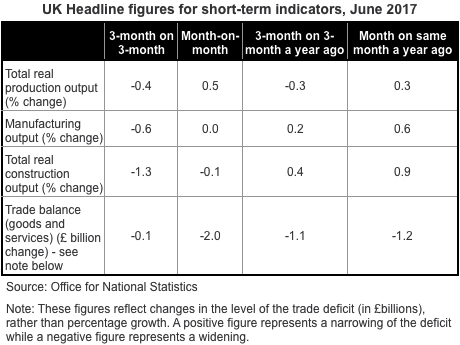 Meanwhile, a 0.1% monthly decline in construction output was well below the 1.8% rise pencilled in by the ONS in its preliminary estimate of Q2 GDP. But, with the quarterly change in industrial output left unrevised and construction’s modest 6% weight in the economy, today’s numbers do not affect the estimate of 0.3% growth in GDP in the second quarter.

Looking ahead, the buoyancy of manufacturing surveys continues to be at odds with the weakness of the official numbers. And with sterling’s deprecation and a healthy world economy supporting exporters, one would hope that the gap between the two will narrow in a favourable direction. That said, there was little sign of this in June’s trade numbers. A fall in exports and rise in imports caused the monthly trade deficit to nearly double. And, a deficit of £8.9bn in Q2 suggests that net trade made no contribution to growth in the quarter. Evidence of rebalancing, at least in the ‘hard’ data, remains absent. 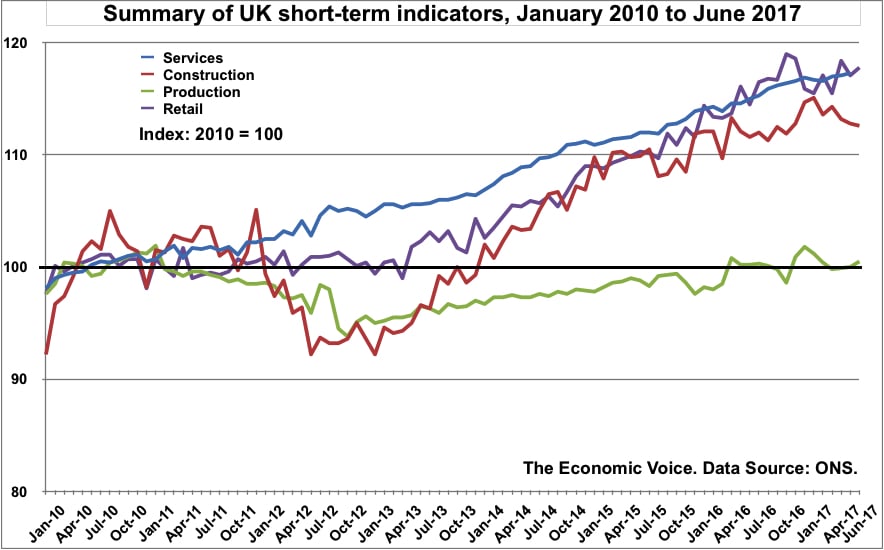 Can This Precious Metal Save Your Portfolio from the Rising Tensions in Crimea?