Just another £1.7 billion on the nation’s credit card

The UK economy is doing so well compared to the other European Union countries that it has just been punished to the tune of £1.7 billion, you know enough to build a couple of hospitals or schools or maybe partially fill that NHS funding gap we’ve all been told about.

But the money won’t come from a treasure chest stuffed with taxpayers’ gold. No, just like the money that fuels this so called recovery, it will be borrowed so increasing the already burgeoning £1,450 billion national debt. Another way of looking at it is that it will increase December’s deficit figure from the monthly average of about £8.3 billion to a nice round £10 billion – makes accounting easy anyway.

In any other context winners are always rewarded, like those big corporate companies and banksters that make billions for themselves and as a reward pay little or no tax for example. How about sportspeople, or film stars, or big name pop singers?

Can you imagine the winner of Wimbledon being asked to pay the other players just because he or she had been so successful at tennis?

And now, after lecturing Alex Salmond on not reneging on debts, Cameron is trying to wriggle out of this obligation, not because of the amount or the questionnable morals of it, but just because of the political capital he could lose.

And it was Cameron and Osborne who ultimately agreed to the accounting methods, to include the proceeds of the ’black economy’ to play to the domestic gallery with improved GDP figures – however tenuous they may be, recklessly forgetting that the EU beancounters read the same reports and adjust nations’ dues accordingly. 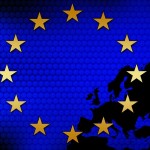 And isn’t it also funny that we haven’t heard Ed or Nick very loudly on this yet?

If this little saga and the LibLabCon’s sad attempts to negotiate with the Scottish National Party are anything to go by then the UK is going to end up in the poorhouse if our Dave ends up being the one bargaining the UK’s sovereignty away with the EU. Oh, and by the way, just throwing toys out of cots and petulantly shouting that you won’t pay is not negotiation – it’s immature.

Now, if Mr Cameron and all those other EU supporting worthies, like Ed Miliband and Nick Clegg, had real vitamins they would trumpet to the world that the EU had helped the UK forge a marvellous economic recovery and we will gladly and proudly fork out the requisite cash.

But they won’t because they know it’s a complete lie. And that the EU, especially the Eurozone, is a busted flush and, like a huge anvil tied around the UK’s neck, is dragging us with it into the murky depths.

What state is the UK economy in?