Looking at the sheer power of this new development the '5D memory solution' will have surveillance mad governments and big corporates slavering at their information hungry jaws. Forget the science, can you imagine the nefarious uses this could be put to by organs such as GCHQ?

A computer 'memory crystal', which has been developed in the UK, could end up outliving the entire human race and survive for one million years without any information being lost, according to some experts. The memory crystal, which is an incredibly advanced form of computer memory, can store digital information across five dimensions: the three dimensions of space, and two extra dimensions (polarization and intensity) facilitated by crystal lattice.

The statistics regarding the '5D memory solution' are incredible; so mind-blowing in fact, that it has been nicknamed the 'Superman' memory crystal, as it mimics the superhuman glass memory device that was used in many of the comic book hero's movies to store masses of data. 360 terabytes of data can be written onto a single disc; memory equivalent to around 500,000 traditional CD storage devices, or 80,000 DVDs. Data is laid on tracks which are separated by a millionth of a metre, and each bit of data has up to 256 variable states which, according to Jingyu Zhang of Southampton University, gives five dimensions of memory. The predicted writing speed could eventually reach several gigabits per second if magneto-optical spatial light modulation, or MOSLM, is used.

Fused quartz created from practically pure silica is used as the core component, and data is etched into the surface of the crystal with a femtosecond laser light moving at super speed. A femtosecond is a millionth of a billionth of a second, so the laser would be able to move as quickly as the Man of Steel himself. The crystal is highly stable and could withstand temperatures of around 1,000C, or 1832F, fuelling speculation that the data storage system could outlast the end of civilization. 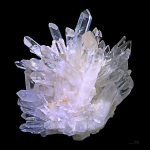 The organizations who would most likely make use of the highly specialised and voluminous memory would be museums with extensive archives of information, huge corporate organizations which create new data every day and national achieves across the world. With current memory solutions, many organizations need to back up their devices every five years because hard-drive memory has a short lifespan in comparison with the lifetime guarantee that would almost certainly be supplied with the crystal memory.

The development has been the first time in history that scientists have been able to store information in glass and then retrieve that information again. The last effort to create this form of technology resulting in a piece of glass which could store around 50GB of data; the new 'Superman' crystal memory can store more than seven times that amount, demonstrating exactly how quickly the world of technology and computer memory is moving.