The supposed snub of Kate Middleton AKA theÂ DuchessÂ of Cambridge reported by the press has been proven to be highlyÂ inaccurate.

The initialÂ responseÂ from the media was to say that Kate had been snubbed byÂ theÂ Iranian discus silverÂ medallist paralympianÂ who did not shake her hand as she presentedÂ himÂ with the silver medal.

This misreporting was later proven to be nothing more thanÂ knee-jerkÂ sensationalist headline fishing to arouse fury from the British public at a time when relations between Iran and the rest of the western world areÂ frail.

It turns out that theÂ DuchessÂ of Cambridge had been given prior warning to the presentation thatÂ Mehrdad Karam Zadeh would not shake the hand of Kate Middleton because for cultural reasons he felt bound to.

Mehrdad Karam Zadeh did indeed graciously bow as he was presented with the silver medal however moments later the bulk of the mainstream media went into fury over what theyÂ perceivedÂ as a snub.

But St James's Palace was AdamantÂ that the Duchess had been given prior notification as is common practice when dealing with foreign cultures that may hold variances in social interaction.

Many media sources continued to add fuel to the fire and deviate away from the facts and ethos of the OlympicsÂ citingÂ differences between the Islamic Republic of Iran and the rest of the world in what many socialÂ commentators have described as war of propaganda andÂ discriminatoryÂ /racist journalism. 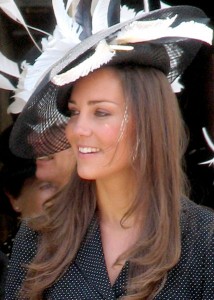