Singer Katie Melua has described a concert for British troops serving at a remote base in southern Afghanistan as a "special gig".

The evening concert, held in an engineering tent at the camp's vehicle park, was organised by The British Forces Foundation (BFF) charity as part of a 3-day tour visiting soldiers from Catterick's 4th Mechanized Brigade "The Black Rats" on operations in Helmand.

Speaking afterwards, she said: "It felt like such a special gig – all the soldiers were there and it felt really incredible. "I was frankly captivated by the scene, just being out here in the desert, pitch black, just me and my guitar. I hope they liked it as much as I enjoyed being on stage."

The singer spent the day before the concert touring the Forward Operating Base and speaking to a number of 1 MERCIAN troops on duty at FOB Shawqat.

Katie continued: "It is just incredible to see the troops doing this very unusual and very special job, really trying to move things forward and make things better for the Afghan people.

"This is really the frontier of history so I feel honoured to have come here."

Following her meeting with one of the 1 Mercian soldiers, she agreed to a personal request to play his wedding song, 'Just Like Heaven'.

Private Robin Warburton, 31 from Lincoln, explained: "As a big fan of Katie Melua it's pretty special to see it played live. I've got all of her albums and I just appreciate her music."

Army medic Corporal Cheryl Fray, 31 from Huddersfield, added: "I just think it's amazing that Katie Melua of all people is here in Afghanistan. I am star struck right now. I could hardly sleep last night just knowing that she was coming here to Shawqat."

This is the second occasion that Katie Melua has worked with The British Forces Foundation after the singer performed for injured soldiers at the Queen Elizabeth Hospital in Birmingham last December.

1 Mercian lead Transition Support Unit Nad-e Ali, with responsibility for overseeing the transfer of security duties to the Afghan Army and police in the district as part of the UK-led Task Force Helmand. The troops are due to return to the UK in April. 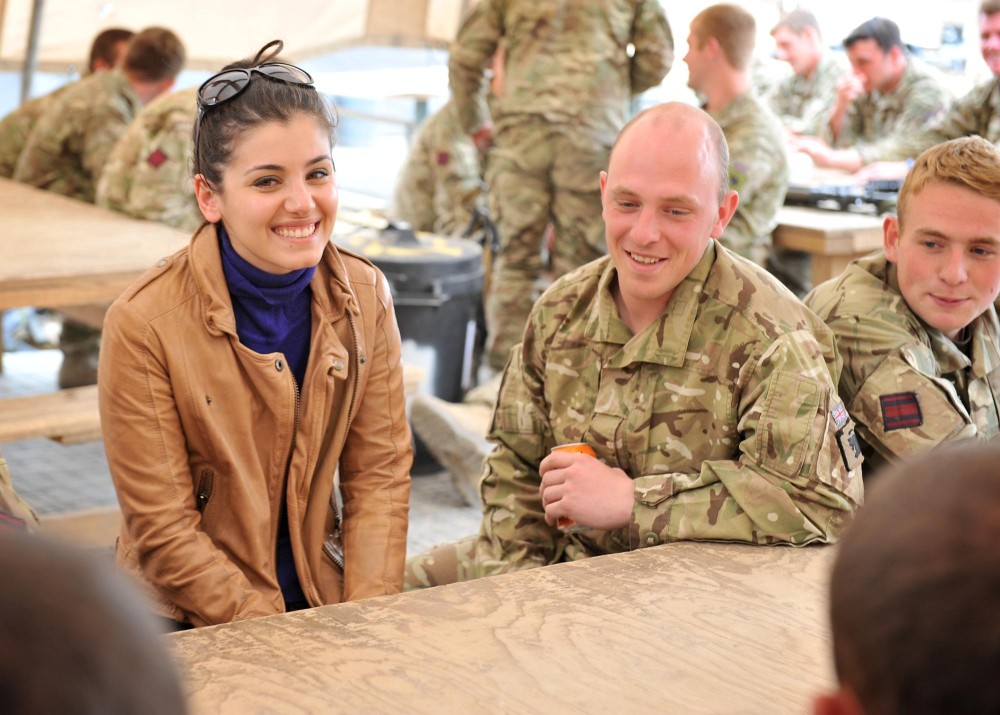 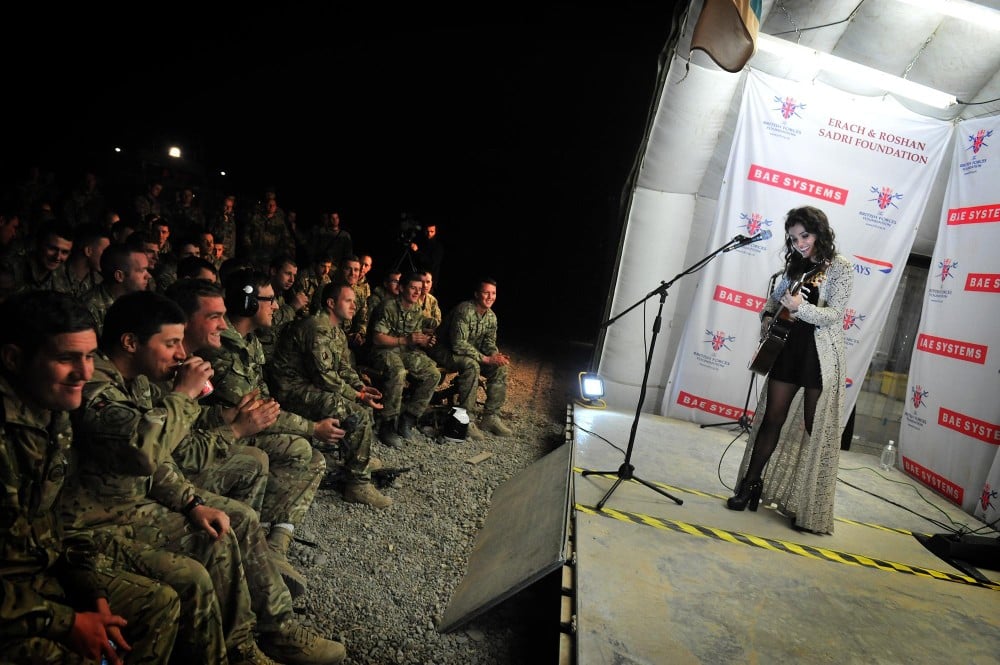