AMF Fastigheter has partnered with Microsoft to launch the construction for its 130,000sqm Urban Escape Stockholm regeneration, through a unique gaming collaboration with Minecraft and a group of schoolchildren.

Challenging convention, it was the ten-year-olds who had the honour of marking the ground breaking ceremony, when they used virtual TNT to 'flatten' a part of  the city centre district in the Minecraft world. This all took place as contractors began construction work on the real site nearby – the first time a property development has been launched simultaneously in both virtual, and literal reality.

The students from Loviselund School in Hässelby, Stockholm were then challenged to design and rebuild their own unique interpretation of the Urban Escape Stockholm neighbourhood in Minecraft – built by online gaming community Team ProPain. 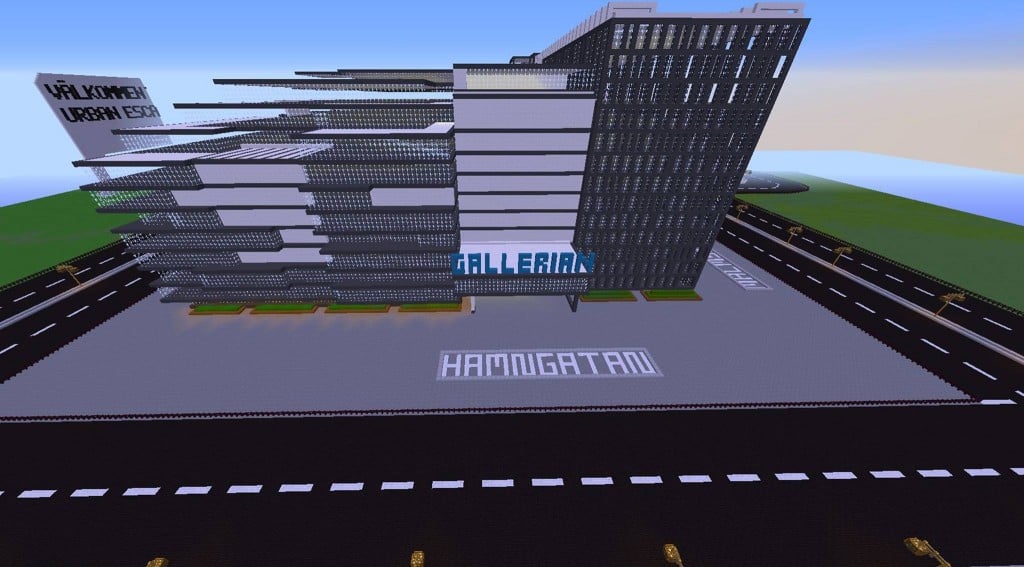 "We believe in collaboration in the creative process, and as developers of urban spaces we want to engage with Stockholm's 'future talents', the people who will live, work and play in this city. By partnering with Minecraft, we are giving young people a chance to shape one of Europe's fastest growing cities and we're inspired by how they have challenged convention and sparked new ideas."

AMF Fastigheter will be taking inspiration from the students' designs in the final delivery of elements such as the hotel and the Urban Escape Rooftops – Stockholm's first public garden space built in the skies, connecting three buildings at roof-level.

At the launch, Joke Palmkvist, Business Unit Manager of schools and higher education at Microsoft, spoke about how games like Minecraft give students opportunities to develop new skills in an environment that also challenges them creatively. She said, "Minecraft is a natural bridge to working with coding in the classroom, which is a prerequisite for students to understand the digital world. Any of these students could be one of the creators of the next Minecraft, Snapchat or Spotify."

Set for completion in 2019, Urban Escape Stockholm is championing a new approach to city development in the heart of the Swedish capital, with 130,000sq m of mixed use space anchored by two hotels and connected at sky-level by a unique rooftop gardens concept. The scheme will comprise five buildings, four streets and two squares – including a shopping centre, two hotels, office and retail space, restaurants, venues and the pioneering Epicenter, Stockholm's first innovation house.

MPs back campaigners' call for action on 'unethical' mining industry