Kourtney Kardashian has given birth to a baby girl who has beenÂ disadvantagedÂ from the off by being namedÂ Penelope Scotland.

Both mother and Baby are doing well after theÂ naturalÂ birth at theÂ Cedars-Sinai Medical Center, which is also the place where screen legend Ernest Borgnine recently died.

This is the second addition to the household for 33 year old Kourtney Kardashian and 29 year old Scott Disick who already have a son called Mason between them.

According toÂ proud grandmother, Kris Jenner, who spoke to Eonline, Penelope looks very much like Mason and everyone in the Kardashian household is very happy at theÂ arrivalÂ of Â the baby girl.

Penelope Scotland weighed 7 pounds 14 ounces and it is expected that she will make her first televisionÂ appearance very shortly on the reality television program that hasÂ made the Kardashian family a household name.

Fans of the family K can expect to see Penelope Scotland on their screens very soon on Keeping up with the Kardashians.

What more is there to say except that name is absolutely dreadful? Seriously, who would call their child that and what were they thinking?

Probably something about Scotland.

Did the founding fathers of America ever imagine that entertainment such as this would become a major part of American culture?

I can say with quiet confidence that America has been dumbed down to an idiocracy. 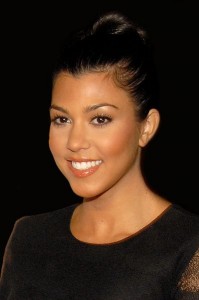 Image by Toglenn (Own work) [CC-BY-SA-3.0 (www.creativecommons.org/licenses/by-sa/3.0) or GFDL (www.gnu.org/copyleft/fdl.html)], via Wikimedia Commons