In a shock move for the Labour Party Cllr Jane Bramley has crossed the floor and will now be sitting as a UKIP councillor for the South Ward in Grimsby.

Announcing her defection today she explained that the "final straw that broke the camel's back" was having to vote as dictated by the Labour Whip.

"You could have your own opinion but when push comes to shove you have to vote as dictated. I've had enough of that. I want to represent my constituents in their best interests and not just as laid down by the Whip.

"I have not made this decision lightly but having studied UKIP's policies I know I am making the right choice," said Jane, 53. "I believe this is the right party for me, even though I know my former Labour colleagues will be far from happy."

Jane, a mother-of-two and grand-mother-of-three, joins two other UKIP councillors on the local authority and her defection is not expected to be the last.

A life-long Grimsby resident, housewife and carer for her partner, she well understands local issues and has been on the council since 2010. She is due for re-election next year, now for UKIP, and meanwhile intends to explain to the residents in her ward her reasons for changing parties. 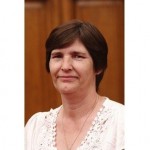 "My reason for being a councillor is to represent my constituents to the best of my ability and now I am with UKIP I know that I can vote as I feel I should and not be tied down by dogma."

Godfrey Bloom, UKIP MEP for the area, warmly welcomed Jane's arrival as a councillor for the party.

"People are now quite used to the concept of Tory councillors seeing the light and joining us but Jane is not the first, nor will be the last, Labour councillor to do so.

"We are known as the 'common sense' party and more and more people realise that and are demonstrating their common sense by joining us.

"Jane will be sitting alongside Steve Harness and Rob Shepherd as UKIP councillors on the North East Lincolnshire Council and I have no doubt she will be a great asset," he said.