Labour Party Leader, Jeremy Corbyn, and Shadow Secretary of State for Housing, John Healey, will today (Monday 5 June 2017) launch 'Labour's New Deal on Housing' – the party's long-term plan to fix the housing crisis. They will promise to give priority to those let down most by failings in the housing market and in Conservative housing policy.

Setting out more detail on the Party's plans to deal with the country's housing crisis and build at least a million new homes, the published plan will include:

• A New Deal for those 1.2 million on council waiting lists with a huge increase in affordable housebuilding to be building 100,000 genuinely affordable homes a year by 2022, including the biggest council housing programme in over 30 years;

• A New Deal for private renters with a consumer rights revolution including three-year tenancies with an inflation cap on rent rises and new minimum property standards. 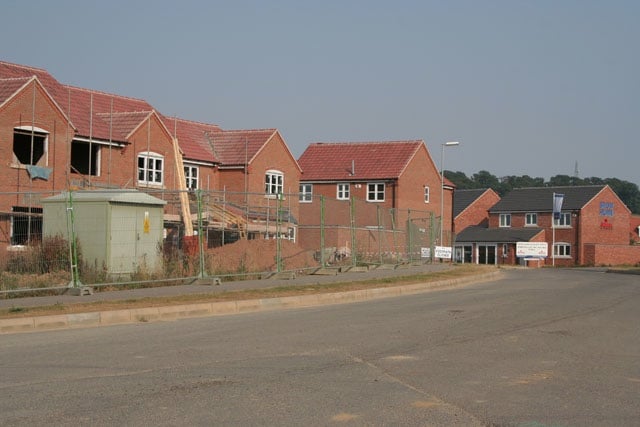 Labour will also criticise Conservative Minsters for "seven years of failure" on housing, and highlight that since 2010 we have seen:

"A Labour government will start on fixing the housing crisis immediately. High prices, excessive rents and the chronic lack of affordable housing are ruining the lives of young people, families and aspiring homeowners.

"As part of our massive housebuilding commitment, Labour will ensure 100,000 FirstBuy Homes are available at discounted rates to local first time buyers. This will transform the housing market and put the needs of younger house buyers and local workers first.

"Labour will usher in a new era in council housebuilding to build more council homes than at any time for over 30 years so that the broken market is fixed to provide homes for the many, not investment opportunities for a wealthy few."

"After seven years of failure, the Conservatives have no plan to fix the housing crisis and Theresa May only offers more of the same. Labour offers a New Deal on housing between the people of this country and a new government. It is a bold, long-term plan for housing to help those being let down most by a broken housing market and failing Conservative policy – young first-time buyers, private renters and people needing new social rented homes.

"Our first Labour housing priority will be help for young first-time buyers. Under the last Labour government, a million more families became home-owners but now the Tories are failing first-time buyers on middle incomes. Under the Conservatives since 2010 homeownership has fallen by 200,000 with younger families on ordinary incomes the hardest hit.

"Labour's new FirstBuy Homes will give aspiring first-time buyers on ordinary wages who've been failed for the last seven years hope that things can change.

"After seven years of failure, a Labour government will shift the housing market decisively towards first-time buyers on ordinary incomes."