The latest YouGov/Sun poll puts Labour ahead of the Tories by a full 11% and UKIP now take third spot with 9% just marginally ahead of the LibDems.

As people begin to feel the pinch of austerity and the coalition parties experience the very negative feedback from the recent budget many will have forgotten what the governor of the Bank of England said just before the last General Election – that whoever won it would be unelectable for a generation because of the cuts and austerity they would have to impose on the country. And we can already see this beginning to pan out.

Ed Miliband’s Labour on 43%, Conservatives 32%, UKIP 9% and LibDems with 8%. This is the first time says, says YouGov, that they have had UKIP ahead of the LibDems.

How soon the electorate forgets that all the growth, jobs, houses, promises, government benefits, cheap goods and low inflation over the last decade and more were bought on the back of ever increasing (Labour) government and personal debt from which just about everyone in the country benefitted, albeit for a limited time.

There were no screams from the public then, just blind acceptance that there would be no more bust, just everlasting boom. But now the bill has arrived and we blame the resultant fall-out on the very people we asked to get together in Westminster and sort this mess out.

We all knew there would be pain but of course assumed it would be visited on others. 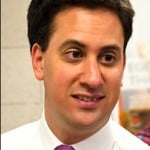 Also remember that the Tories did campaign on the back of “we’re all in this together” so we should not be surprised when the medicine is doled out accordingly.

Maybe one party should have just said “we’ll stick it to the rich and make ‘em pay”, then once elected watch as the country crumbled around them. But at least they could say that they did what the electorate wanted. But no-one voted for that anyway.

No, we took the good times not realising actually how easy it had come while the bill was deferred. Now it’s here and we are starting to hate the doctor we hired to cure us of our spending habits.

UKIP Striking While the Iron is Hot