It looks like the general public mood is beginning to influence the real decision makers in the Labour Party.

Today businessman John Mills, Labour’s biggest individual donor, called on Ed Miliband to back the Conservative Party’s commitment to hold an in-out referendum on UK membership of the EU before the end of 2017.

Mr. Mills’ intervention follows Labour’s failure to vote for a Conservative bill to legislate for an EU referendum last month.

‘We know that half of Ed Miliband's Shadow Cabinet are pushing him into promising an in-out referendum. And now evenÂ one ofÂ Labour's biggest donorsÂ isÂ callingÂ on him to back the Conservatives'Â commitment to giveÂ the British people a say on their future in Europe.

‘Whilst the Conservatives trust the British people and want to give them a say, Ed Miliband wants to ignore people's wishes. In the end he must give way to the people, offer them a real choice, and letÂ Britain decide.’ 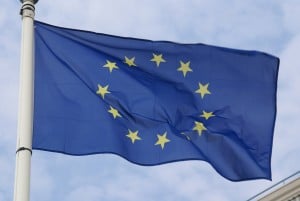