In the light of yesterday's news on the state of the economy do Gordon Brown's government,Â  promises and forecasts have anything left to offer the electorate? The prediction made by Alistair Darling in his pre-budget report that Britain would emerge from the recession before the end of the year has now been proven to be nothing less than a figment of his own imagination. 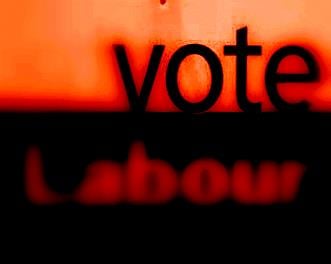 Labour were pinning their hopes on recovery to legitimise their economic policies and honor their boast of no more boom and bust. But with the ONS announcing that Gross Domestic Product has shrunk by 0.4% all hopes for the Labour party achieving a victory in the next general election seem almost as tangible as Alistair Darling's economic forecasts.

The projections for next year may also need to be downgraded, which comes to no surprise to many economists who found flaws in the forecasts when they were written.

The Conservative party are maximising the news and David Cameron's succession to the position of prime minister is a certainty, provided that his party don't score any own goals in the months leading up to the election so everyone is remaining very quiet on Europe and I am sure Ken Clarke has a restraining order on his mouth.

George Osborne pointed towards the country's Â£824bn of debt and the recovery needed to pay it off….a job I am sure he is relishing the thought of.

At the same time Vince Cable is wheeled out by the Liberal Democrats as their champion with his pearls of wisdom by stating the obvious with lines like "Seriously worrying" and a "cold blast or realism". But he has yet to date failed to provide any real answers on how we get out of the current economic disaster.

Alistair Darling has made the usual political error of not accepting he was wrong and giving himself at least some political popularity by moving the recovery to "The turn of the year" leaving the electorate wondering if he will shove the goal posts back further by January.

At a time when the country needs firm leadership, answers and accountability, Labour are ducking the questions and attempting to absolve themselves of responsibility which leaves the electorate even more interested in the other options.

Who in the Labour party will go knocking doors come the general election when families are having their homes repossessed and jobs unemployment is rising? who will be able to look the voter in the eye and say we have done a great job on your behalf and your taxes are going to a great cause when they see the crime surrounding them?

Who will say be able to tap businesses to fund the campaign knowing the Labour party is a dead duck whilst they struggle to pay their own workforce and keep afloat?

How to Profit from a Potential Housing Market Downdraft