The Green Party has put pressure on Labour to go further and lift 5.2 million out of in-work poverty by pledging to introduce a mandatory Living Wage.

Speaking after Ed Miliband’s announcement on Sunday that a Labour government would offer a 12 month tax break to businesses who pay the Living Wage, Jonathan Bartley, the Work and Pensions Spokesperson for the Green Party, said:

“Everyone should be earning a fair wage, one that they can build a life around. What the Labour Party are offering is a drop in the ocean. The blight of low wage labour is spreading in this country – a scatter-gun approach is hardly the appropriate response to an entrenched, national problem. With 5.2 million people in Britain being paid wages which do not meet the average cost of living, it’s not enough to simply sit back and hope that businesses will start paying their workers a fair wage. 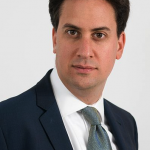 “That’s why wherever Greens are in power they have been working hard to make the Living Wage mandatory. In the London Assembly Darren Johnson and Jenny Jones have secured funding for a Living Wage, putting £60m in the pockets of low paid workers.

“Not only is this the right thing to do, it also makes economic sense: a mandatory Living Wage would bring a £6bn saving every year in tax credits alone, before taking into account savings from benefits it would no longer have to pay. This could provide huge support to small businesses if it was passed on, for example, through a targeted cut in corporation tax. It should be the norm that business pay the Living Wage – we shouldn’t have to go cap-in-hand to them offering tax breaks to sweeten the deal.”