According to the Land Registry’s latest house price index the cost of an average house rose by 1.1% in January.

The region with the lowest average house price is the North East at Â£102,066.

But before we get all excited about an upswing in the housing market across the board let’s take a look at the long term trend.

The first graph below shows the main house price indexes: Land Registry, Nationwide, Halifax and Rightmove asking prices. Also included is a line that shows the average of the Halifax and Nationwide indexes.

You can see that the Rightmove asking prices at the top are far higher than what the lenders and the Land Registry are actually seeing (something to bear in mind when making that offer). But just note how close together the others are and how prices have been levelling out.

Also you will note that in February Rightmove asking prices rose again, but there is no data from the other sources yet for February. (Click on the images to enlarge them.) 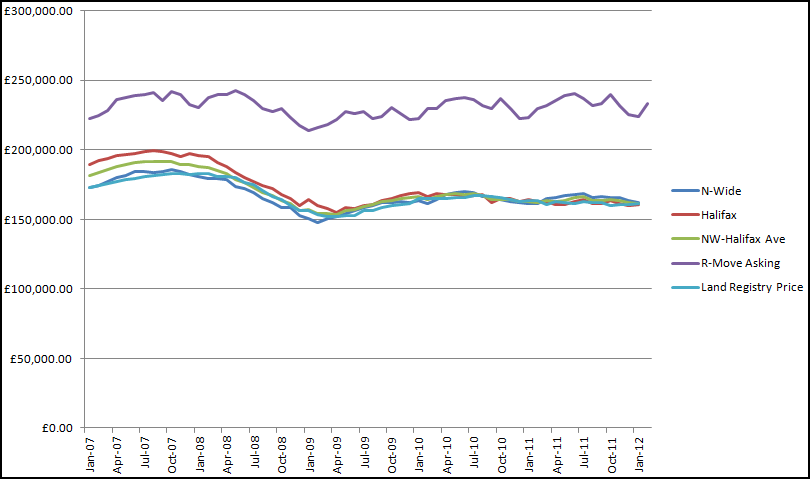 The next graph shows the same indexes in an exploded view, Rightmove has been omitted as it is outside the graph scales. 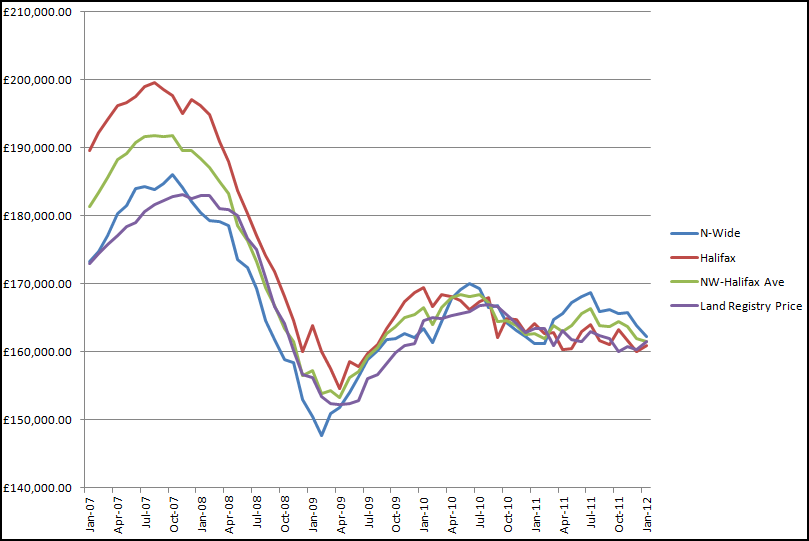 This last graph shows by how much Rightmove asking prices are greater than the prices that the Land Registry is seeing.

You will see that despite the obvious concerns about the market, vendors and their agents keep asking ever more than the property is really worth. In January 2007 for example Rightmove asking prices were about 1.28 times (28% more than) the Land Registry average but by January 2012 this had risen to 1.39 times (39% more); a marked upward trend. And this does not take into account the latest uptick in Rightmove asking prices in February. 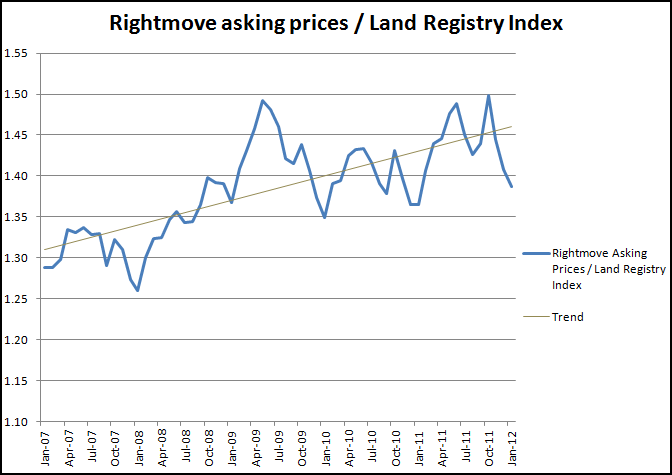