Historic first as Land Rover's Extreme 40 sails down one of the busiest, most iconic waterways in the world

Shanghai residents were stopped in their tracks as the Land Rover Extreme 40 became the first professional racing yacht to sail down the Huangpu River, one of the busiest waterways in the world. In celebration of Land Rover China’s sponsorship of the Shanghai International Boat Show, the Land Rover Extreme 40 sailed through the heart of Shanghai’s financial district, jostling for space alongside cargo ships, tankers and passenger ferries.

The spectacle heralds the start of Act 3 of the Extreme Sailing Series, partnered by Land Rover, which takes place within the confines of the stadium style racecourse of China’s ‘Olympic Sailing City’, Qingdao, from the 30 April – 3 May. 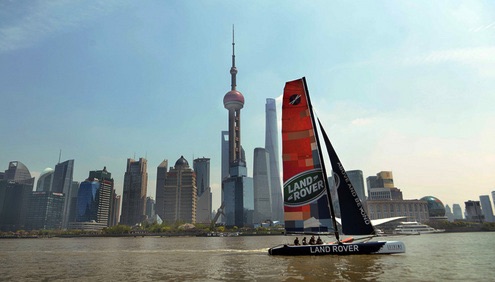 Maldive Island on the Market

Will you survive Glastonbury 2010 Mudmen?