The concept of a UK Land Value Tax is now hitting the mainstream media and many people are in the dark as to how it will affect them should it ever be implemented.

Vince Cable has voiced a certain degree of support for LVT however home owners are concerned over the possible implications of Land Value tax on their finances.

But there is also hope for first time buyers in Land Value Tax who could find themselves getting themselves on the housing ladder through a sharp fall in house prices should LVT become a reality.

After all high house prices only serve a small number of the population for a small period of time.

I though it would be a great opportunity to ask an expert on Land Value tax some questions on this potential new (to the UK) Tax. 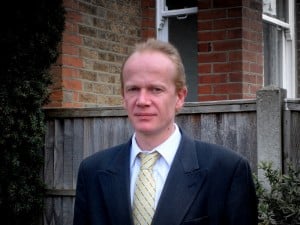 Mark Wadsworth is an Economist, Blogger and regular contributor at housepricecrash.co.uk who has tirelessly campaigned for the introduction of Land Value Tax in Britain so lets see what he has to say on the matter.

So here are a few simple questions answered by Mark Wadsworth to address the fears of many who are new to the concept of Land Value Tax.

RHD: Â  Do you think that now is the right time to introduce Land Value Tax when the housing market is so fragile?

MW:Â Â  The ideal time to introduce Land Value Tax would have been in the mid 1990s when house prices were very low compared to income levels, and land values only a tenth of what they are now.

But what's done is done, the house price and credit bubble have to burst sooner or later, and the experience of Japan over the last twenty years shows us just what happens when governments try and delay the natural correction.

Replacing as many taxes as possible with LVT would probably lead to increased turnover in the market for a few years (back to 2006 or 2007 levels) while people choose to live in a property which they can realistically afford, and I would expect to see selling prices drop, but they will soon find a new more sustainable level.

Older generations might well blame LVT for the fall in prices, but isn't their loss the next generation's gain? Sooner or later, the older generations have to realise that by prolonging the house price bubble, they are only robbing from their own children, and that artificially depressed interest rates are making a mockery of their savings.

RHD:Â Â  Can you see the Lib Dems pushing LVT through and what will the Tory reaction will be within the coalition?

I'm pleasantly surprised that Vince Cable ever mentioned the topic again, but it's quite clear that the Tories are keen to continue Labour's policies of keeping house prices as high a possible – by keeping interest rates and property taxes as low as possible, and by keeping new construction down to hundred year lows.

Rather more predictable is the fact that Chris Huhne, and Martin Weale, the most recent appointment to the Bank of England, who had both previously spoken out in favour of LVT, have not mentioned it since May. Chris's excuse is that he is busy 'saving the planet' with all this green tomfoolery but Martin Weale has now gone over to the dark side and is one of the people responsible for putting an intellectual veneer on low interest rates.

RHD:Â Â  What do you think the public reaction will be? (From the top to bottom of the wealth food chain.)

MW:Â Â  I don't like this vague term 'wealth'. In this world, there are wealth creators and rent seekers (and most of us have a foot in both camps to some extent or other). Wealth creation is nothing magical, it just means the sum total efforts of every productive worker, ever entrepreneur, every inventor and so on. On the rent seeking side are land owners and bureaucrats.

The landowners – and for some reason pensioners – like to single out welfare claimants as a drain on the economy, but the annual gains or benefits that accrue to UK land owners – from owner-occupiers all the way up to the Duke of Westminster – are probably three times as much as the cash cost of working age welfare benefits.

Replacing the entire tax system, from income tax and VAT downwards would not be anti-wealth creation in the slightest, and we'd have the interesting situation that the highest earners on any street would gain, and the lowest earners would lose, because they'd all be paying the same amount of tax.

In that sense you could see LVT as regressive taxation – andÂ LVT is very much pro-capitalist – but any LVT supporter I've ever met subscribes to Tom Paine's idea of two centuries ago that the government ought to collect the tax, spend a bare minimum on running the state and dish out the rest as a Citizen's Dividend.

The Citizen's Dividend would, by definition, more than cover the 'necessity' element of housing costs (having a roof over your head) leaving only the element of housing that could be classed as 'luxury' subject to a net tax charge. So that rounds off the picture very nicely.

MW:Â Â  'Fair' is a terribly overused word and people tend to see taxes as 'fair' provided somebody else pays it – like the 50% super tax rate – or provided they don't notice that they are paying it at all – like Value Added Tax.

I'm an economist not a politician, and I can only repeat what all the great economists have said down the centuries – taxes on land values are the least bad taxes because they do not depress or distort economic activity, i.e. wealth creation. Land Value Tax is easy to assess, cheap to collect and impossible to evade.

Not only that, LVT is an entirely voluntary tax – you decide how much you are willing to pay and you choose a house or a flat within that price range. Only instead of handing over all the rent or purchase price to the current owner, the location value would go to the government.

But with my politician's hat on, I am perfectly aware that the oldest counter argument in the book is that 'poor widows who want to stay in the family home won't be able to pay it and will be forced to sell up', and, to be fair, under current rules, most pensioners pay very little in income tax, so I see no harm in exempting pensioners' main residences from Land Value Tax.

Two days is a long time in economics