The British Property Federation has today welcomed an independent review of pre-pack administrations.

The review, announced by ministers this week, comes as figures reveal that 85% of pre-packs are so-called “Phoenix” deals, where a troubled company is brought out of administration by its existing owners or management. In all pre-packs creditors receive no information on the sale of the troubled company before a deal is done, and therefore particularly in phoenix deals it provides scope for existing owners or managers to shed liabilities and potentially buy back the business at below its value.

The BPF has argued that the insolvency industry had so far failed to improve the pre-pack process through self regulation, making a full review vital.

British Property Federation Chief Executive Liz Peace said: “Landlords absolutely support an entrepreneurial rescue culture, but this must be applied fairly to all sides. Landlords are businesses too – from SMEs on the high street to the giant pension funds and listed companies who invest for our retirement.

“This review will provide an opportunity for our industry’s long-standing concerns to be raised. We were disappointed, though not totally surprised, when the Government ruled out legislative checks and balances on pre-packs last year in favour of self-regulation. 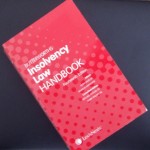 “However, the insolvency profession’s attempt at improving the self-regulation of pre-packs is now overdue by months, raising serious concerns about its ability to self-regulate, and so an independent review is timely.”

A pre-pack is a fast-track administration that avoids a failing business being sold on the open market. An insolvency practitioner instead lines up an advance purchaser to take over the profitable parts of the business, with the company going into administration simultaneously. Retail failures including Game, Blacks and La Senza were snapped up in this manner.

10 reasons you must take time out in your business