HMRC plans to force all large companies to publish the details of their tax strategy including their appetite for tax planning and their approach to dealings with HMRC, says Pinsent Masons, the international law firm.

A Board member must be nominated to take personal responsibility for publishing the strategy.  Businesses which fail to publish a strategy could face a penalty.  Pinsent Masons say the proposals suggest this would be penalty levied personally against the nominated Board Member.

The consultation document from HMRC also proposes that large businesses which demonstrate a lack of transparency and cooperation with HMRC which engage in persistent and aggressive tax planning could be put into a “special measures” regime.

The special measures regime proposed would:

• Allow HMRC to “name and shame” them publicly

• Increase reporting and disclosure requirements between HMRC and the business

“Forcing businesses to publicise their tax strategy will add to the compliance burdens for low risk businesses while probably not changing the behaviour of those at the top of the risk spectrum. 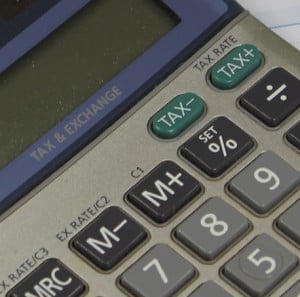 “Directors will also be concerned that this is adding to their personal liabilities.

“The special measures regime is a stick affecting the minority, which most will consider reasonable. But the carrot of faster working for the majority who are compliant – both large and small businesses – also needs to be available."

Factors influencing whether the business is seen as presenting a significant risk could include the number of times the business has used tax avoidance schemes and the nature of those schemes, or the extent to which the business has failed to co-operate with HMRC enquiries without formal powers having to be invoked, according to the consultation document.

Following a 12 month 'initial notice period' businesses which do not demonstrate "a significant improvement in behaviours" would receive a final warning that any further instances of non-collaborative behaviour would lead to special measures.

The government intends the package of measures should apply to businesses administered by HMRC’s Large Business Directorate with a turnover of more than £200 million and/or a relevant balance sheet total of more than £2 billion for the preceding financial year.

Jason Collins said "Most businesses are transparent, and an increasing number are publishing their tax strategy – around 50 of the FTSE 100 in most recent survey. But compelling them to publish is a departure."

In a further measure, HMRC intends to introduce a “voluntary” code of practice on taxation for large business. The Government intends this to be a "common set of principles to encourage all businesses to adopt the most positive tax compliance behaviours, and which businesses themselves can use to promote exemplary behaviours across their organisation".

It will also offer large businesses a means to demonstrate their commitment to these standards and have that recognised.

Jason Collins said that the proposed code of conduct is very similar to the principles published by the Confederation of British Industry (CBI) two years ago.

He also said; “A voluntary code of conduct is sensible.  However, this does not look like a voluntary code as the suggestion is that under the publication of the business’s tax strategy they will have to disclose whether or not they are signatories to this code."

Significant changes based on low number of interviews

HMRC said that its research has found that “businesses with a greater appetite for risk tend[ed] not to have written (or published) tax strategies, while those with lower risk-appetite tended to have more formalised strategies.”

Heather Self, Tax Partner at Pinsent Masons, described HMRC's recent research into large corporate behaviour as "rather thin – qualitative research, based on only 35 interviews".  She said that although the research showed that businesses which published their tax strategy tended to be low risk, "the converse cannot be assumed" as "correlation is not the same as causality".

"Will it really make a difference to behaviours if businesses need to publish their strategy?  Or is it just another compliance requirement for the compliant majority?" Self said.

GP charging: Money should not be a barrier to healthcare