Heartache for annuity rates: Annuity rates have fallen even further this month, but the ranking remains the same. Aviva’s level annuity rate held on to top spot at Â£4,949 p.a. as we enter February, despite dropping Â£25 over the last month. Looking over a 12 month period, the picture is even gloomier.Â In February 2012 Aviva was offering level annuitants Â£5,430 p.a., some Â£481 or nearly 10% more than this month’s rate.Â Over a typical 25 year retirement, the difference could add up to Â£12,025 less for people retiring today (All figures based on male and female, aged 60, level, Â£100,000 purchase).

Ranking remains the same for inflation linked annuities: Legal & General remain in top-spot this month with Â£2,803. Second place is taken by Aviva with Â£2,698, which is a Â£26 drop on what it was offering last month. Standard Life comes in third leaving rates unchanged at Â£2,686. (All figures based on male and female, aged 60, RPI, Â£100,000 purchase).

Smokers can breathe easy for now: Rates for smokers have increased this month with Just Retirement up Â£263 offering Â£5,662 and moving to pole position. LV= takes second place with Â£5,600 and MGM Advantage joins the leader tables offering Â£5,334. (All figures based on male and female, aged 60, smoker, Â£100,000 purchase). 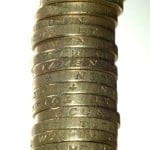 Richard A Williams, Director at The Annuity Bureau from JLT comments:

“The long term trend in annuity rates remains downwards as longevity increases, though from time to time changes in gilt yields can give a valued boost to short term rates.

“The key for people approaching retirement is to shop around as choosing the best rate can make a huge difference over a typical 25 year retirement.Â Even looking at our top four providers, the difference in single life, level rates is some Â£260.92 a year or nearly Â£12,025 over a 25 year period; that’s enough for a few more luxuries each month!”