Standard Level annuity rates: There was no change to the provider positions this month but all have reduced their rates as an unwelcomed result of falling gilt yields.

"The trend of falling bond prices reversed in January 2014. Market concerns with the strength of emerging market economies, such as Turkey, India and South Africa spread to developed equity markets, illustrated by a 3.5% fall in the FTSE 100 Index. Much of the money taken out of developed and emerging equities moved into safer assets like UK government bonds. This led to an increase in demand and a corresponding increase in price. This pushed down annuity rates leading to poorer value for individuals retiring during the month.

"In monetary terms, the biggest fall was seen in the Single Smoker rate, with the highest rate, from Legal & General, decreasing by £146.88pa over the last month. The accumulated loss over a typical 20-year retirement equates to almost £3,000.

"Recent rises and falls in annuity rates emphasise how being savvy at this stage in your life is essential and people must make use of the open market option. In fact, I would confidently say that for the majority of cases, the institution with which a person has saved is unlikely to offer the highest annuity rate. There are no ‘bonus points’ for loyalty and those approaching retirement could simply be throwing away their hard-earned savings if they stay with the same provider.” 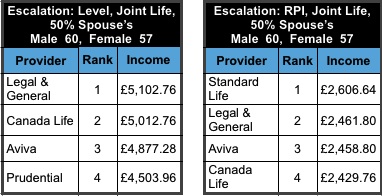 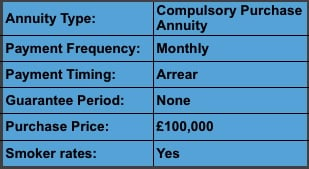 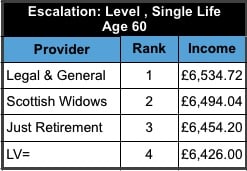 Brits 'Moonlight' During Lunch Hours And Weekends to Pay Bills