The decision, announced yesterday by Pensions Minister Steve Webb, to stop foreign spouses claiming a UK state pension based on their husband or wife’s history of National Insurance contributions has been slammed by the boss of the world’s largest independent financial advisory firm.

Nigel Green, chief executive of the deVere Group, is speaking out in response to the news that the government plans to scrap claims on contributions made by one’s spouse under the married person’s allowance, from 2016.

He says: “The government clearly needs to shore-up the country’s finances but there must be another way that it can boost its coffers rather than withdrawing, generally, much-needed pensions from widows, whose spouses have, most likely, contributed for many decades.

“Why should these people, whose husband or wife has died, suddenly be deprived of their entitlements because the country is now in the depths of a pension crisis?

“This policy – which was cynically framed by the pensions minister as stopping foreign citizens many of whom ‘have never set foot in Britain at all’ from claiming what they are not entitled to – will be extremely costly to enforce, will save the Exchequer relatively little, and is, many suspect, simply an ill-conceived knee-jerk reaction to UKIP’s recent successes. 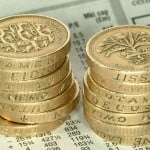 “I would urge the government to stop tinkering with the pension system as the seemingly constant changes undermine the public’s confidence in the philosophy of putting money aside for one’s later years.”

He adds: “Rather than implementing this expensive proposal that will produce few real benefits for the country – but which could cause unnecessary financial strain for hundreds of thousands of widows – the government should instead invest its resources in promoting a savings culture in the UK.

“We need to educate people to become more financially literate so that they are better able to make provision for their old age and are, therefore, less dependent on the state – as the state can no longer, as is becoming increasingly evident, afford to offer the same level of support to pensioners as it has done for previous generations.

How Much Energy Does The Super Bowl Use?