In the interests of fairness the question was independently verified by ICM to make sure there was no bias and also shown to ITV before polling. ITV were invited to partake in the framing of the question put by ICM but declined.

Over ¾ of the people polled responded favourably when asked the question :

“You may have seen or heard that ITV has announced proposals for a televised Leader's Debate in the run up to the 2015 General Election which is likely to be held in May next year. ITV currently propose to invite the leaders of the Conservative Party, Labour, the Liberal Democrats and UKIP to participate, but not the leader of the Green Party. Do you think that the leader of the Green Party should or should not also be invited to join in the ITV Leaders debate?"

"It is clear from votes and polls that the public are fed up with the three business-as-usual parties and are looking around for alternatives.  The public want a serious debate in which they hear the full range of views. 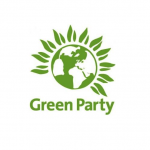 “They are well aware that austerity has failed even in its own terms while it has made the poor, the disabled, disadvantaged and the young pay for the fraud, corruption and mismanagement of the bankers.

"The Green Party offers a positive alternative to the Westminster “business as usual” approach to politics by the three main parties. Our policies on bringing the rail network and NHS back into public ownership resonate with the public understanding that the privatisation of public services by successive Tory and Labour governments is an expensive and damaging failure.”

The ‘Green surge’ has seen the Party, which was founded in 1973, more than double its UK membership since the beginning of the year which currently stands at just over 38000 (England and Wales, Northern Ireland and Scotland).

* ICM Unlimited interviewed a random sample of 1,001 adults aged 18+ by telephone on 12-16th December 2014. Interviews were conducted across the country and the results have been weighted to the profile of all adults. ICM is a member of the British Polling Council and abides by its rules.