After viewing PETA US footage documenting cruelty to lambs and sheep on Argentinian farm Estancia el Trebol, leading wool-supply company Chargeurs, which is based in Paris, agreed to stop buying wool from it immediately. The video footage, which can be seen in PETA's exposé, shows that workers cut off parts of lambs' ears, placed tight rings around their scrotums and cut their tails off – all without painkillers. Shearers hit sheep in the face with electric clippers, slammed them to the hard floor and kicked and stamped on them. Fast, rough shearing left many sheep cut up and bleeding, and shearers hastily stitched up their gaping wounds. 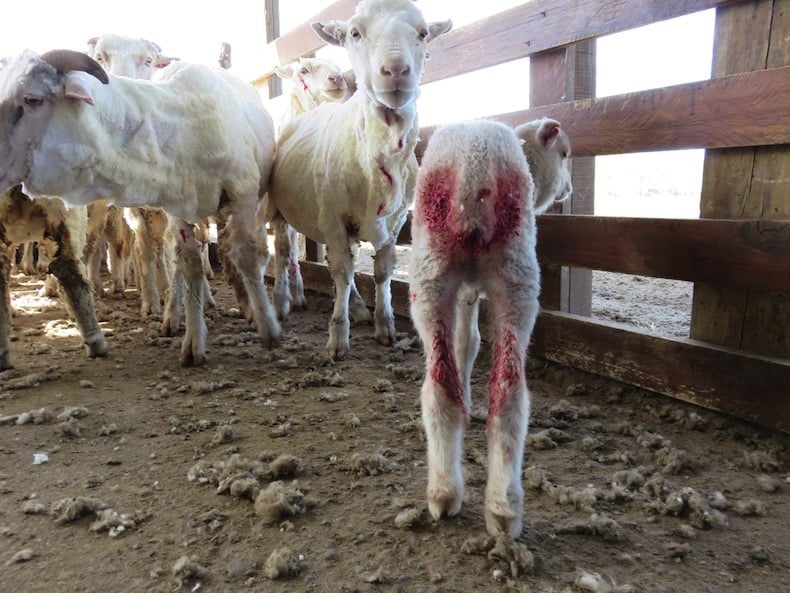 Because PETA has exposed similar cruelty to sheep and lambs on other wool farms in the US and Australia as well as in Argentina – where footage taken on "sustainable" farms prompted international clothing giant Patagonia to suspend its wool purchases – PETA is calling on Chargeurs to stop selling wool from sheep altogether in favour of vegan wool.

"Chargeurs had assured customers that its partners were in compliance with animal-welfare standards, yet PETA US found shearers at a farm it had trusted for years standing on sheep and kicking, hitting and cutting them, so we know that there's no such thing as 'humane wool'", says PETA founder Ingrid Newkirk. "Chargeurs' decision to cut ties with this farm is an excellent first step, but the only guaranteed way to protect gentle sheep from abuse is to switch to 100 per cent vegan wool. So we urge the company to do so now."

PETA – whose motto reads, in part, that "animals are not ours to wear" – points out that, unlike wool from sheep, vegan wool is machine-washable, dries quickly, doesn't shrink or matt, is hypoallergenic and isn't susceptible to mildew or damage by moths or other insects. Vegan wools can be made from bamboo, TENCEL®, hemp, acrylic, polyester, modal, rayon, viscose and cotton.

The worst US oil spill ever