"Peter Hargreaves, who founded a brokerage worth billions of pounds in a spare bedroom in Bristol, is a true entrepreneur," said Andy Wigmore, Head of Communications at Leave.EU.

"We distributed his appeal for voters to embrace the once in a lifetime opportunity which Brexit represents to twenty-three million households today, and we think it's going to carry a lot more weight with the public than the timid scare stories being peddled by the bland corporate managers and clapped out politicians lining up behind the In campaign."

Commenting on the mailing, Leave.EU co-chairman Arron Banks said: "It's fantastic to be able to help an entrepreneur as successful and well respected as Peter Hargreaves put the case for Brexit to everyone in the United Kingdom. Given that we are now the only campaign to have spoken to the whole country, this guarantees us designation." 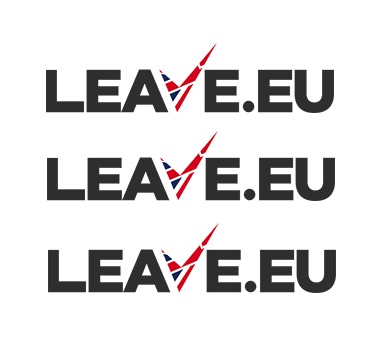 The text of the letter is as follows:

The most important vote in your life!

You will soon have the opportunity to vote in a referendum, its importance cannot be over emphasised. Your vote will determine our future relationship with the EU.

In 1975, we voted for a Free Trade Area known then as the Common Market. Since that time it has sought without our approval ever greater political union. This takes away our right to choose our own future and how we trade with the rest of the world. Expect much misinformation over the coming months that you will need to filter.

The European Parliament regularly passes laws and rules inappropriate to us. It presides over enormous waste. We pay dearly for this intrusion to our freedom; £20 billion every year (that would go a long way to reducing our national deficit). And the EU's budget continually rises well above the rate of inflation. We get some back, but with limited choice over how it is spent and in most cases, that spending has to be matched by the host region or country — yes, we pay twice!

A spurious argument suggests the loss of jobs; this is ludicrous. We buy more from the EU than they buy from us. It would be financial suicide for them to impose trade barriers. You will be subject to scaremongering by interests who benefit from remaining. Many so–called "independent organisations" accept payment from Brussels. I urge you to listen to real people and entrepreneurs who create wealth, not heads of big institutions whose cushy lives will be disrupted by change. Ask yourself, does the EU benefit you or make your life evermore complicated? It certainly adds a huge amount to your grocery bill.
Our politicians should champion a balanced view, but their own political futures seem to be taking precedence. The future of United Kingdom is at stake, which is infinitely more important than political careers. This letter should give you a few pointers. However, to help with your decision it is vital that comment is not political. I belong to no political party. On a daily basis, I am undertaking to issue a reason to leave, this has been on Twitter since 1st March (@PkhPeter). That's 115 reasons — and that's the tip of the iceberg. I challenge anyone to come up with anything approaching so many reasons to stay.

HERE ARE SOME REASONS TO LEAVE

TO PROTECT OURSELVES FROM THE WASTE, OVER SPENDING AND MISAPPROPRIATION OF FUNDS IN BRUSSELS

WE CAN REMOVE OUR POLITICIANS WHO ARE ANSWERABLE TO US. UNLIKE UNELECTED EUROPEAN COMMISSIONERS

RECLAIM OUR TERRITORIAL WATERS, PREVENT OVER FISHING TO PROVIDE AFFORDABLE AND CHOICE OF FISH

THE CITY OF LONDON IS INTEGRAL TO THE UK'S GDP AND A MAJOR UK TAXPAYER.THE EU SEEKS TO SHACKLE IT

A NEW FREEDOM TO TRADE WITH THE DYNAMIC PARTS OF THE WORLD. THE EU'S WORLD POSITION IS IN DECLINE

THE UK IS THE WORLD'S FIFTH BIGGEST ECONOMY: INDEPENDENT WE CAN SIT AT THE WORLD'S TOP TABLES

CAMERON'S WOEFUL CONCESSIONS AREN'T PERMANENT. THEY CAN BE REVOKED. NO SECOND REFERENDUM!

Above are just ten of the many compelling reasons to leave. I beseech you to make a considered decision and vote on 23rd June. If you would like to take a more active role or become a supporter you may consider the form below, further details are on the website.

Investor Confidence Rises in March by 4.2 points to 95.4