The government has lodged a legal challenge with the European Court of Justice (ECJ) on new EU rules on pay in the banking sector, which Britain fears will undermine responsibility in the banking system rather than promote it.

These new rules are contained within the EU's latest legislation governing the amount and types of capital that banks must hold, which is called the Capital Requirements Directive IV (CRD4).

Britain has been at the forefront of global efforts to tackle unacceptable pay practices in the banking sector, leading efforts to make banking more responsible and installing some of the toughest remuneration rules of any major financial centre.

The government's tough and rapid action has seen real improvements in the alignment of bankers' pay with risk and performance, and a significant shift in the way bankers are paid. This has lead to a substantial reduction in upfront cash bonuses which can encourage short-term risk taking.

In the government's view, the EU's latest legislation in this area should be about building on all this work to make banks safer and their pay policies more acceptable.

However, the provision for a 'bonus cap' under CRD4 – which was introduced without any assessment of its impact or supporting evidence – will undermine the significant progress that has been made to implement pay practices that support financial stability.

Britain is therefore launching a legal challenge as we think that the legislation, as currently drafted, is not fit for purpose – to improve stability across the banking system. The proposals will lead to an increase in fixed salaries which would do the opposite.

In line with other challenges Britain has lodged with the ECJ – on the Short Selling Regulation and the Financial Transactions Tax – our challenge also covers various legal issues regarding the compatibility of the bonus cap provisions with the EU Treaty and the powers delegated to the European Banking Authority which we believe go well beyond its remit of setting technical standards. The Treasury will be seeking clarity from the ECJ on these points. 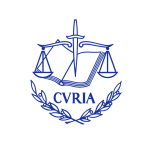 Given our obligations under European law, Britain will still be implementing the remuneration provisions in CRD4.

"Britain has been at the forefront of global reforms to make banking more responsible, including big reductions in upfront cash bonuses and linking rewards to long-term success.

"These latest EU rules on bonuses, rushed through without any assessment of their impact, will undermine all of this by pushing bankers' fixed pay up rather than down, which will make banks themselves riskier rather than safer. In other words, as the Chancellor has said, they may undermine responsibility in the banking system rather than promote it.

"Regulation of pay in this manner goes beyond what is permitted in the EU Treaty. That's why we are challenging these rules in the European Court, to ensure the legislation respects the EU Treaty and actually achieves what it's meant to. A more stable banking system that serves the economy, businesses and consumers."

Protect Your Tech From Burglars