The Liberal Democrats’ plans to launch raids on pensions tax relief and expensive properties have been slammed by the boss of one of the world’s largest independent financial advisory organisations.

The rebuke from deVere Group’s founder and chief executive, Nigel Green, comes as The Independent reveals that the next Lib Dem manifesto will vow to slash the lifetime pensions tax relief allowance from £1.25m to £1m, with the aim of raising up to £2bn a year.

Nick Clegg’s party is also pledging to introduce a mansion tax to include different bands on properties worth more than £2m and more than £5m.

“The proposals being drawn up by the Lib Dems – which come just days after Labour’s Ed Balls unveiled utterly misguided plans to increase the top rate of tax to 50 per cent – underscore how many British politicians are depressingly determined to bring back the politics of envy, of divide and rule, or both. 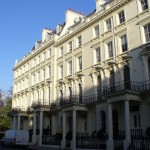 “Both of the measures currently being drawn up by Danny Alexander, the Chief Secretary to the Treasury, illustrate a lack of understanding about the far-reaching value of incentives and how hardworking people should be able to enjoy the benefits of their labour.”

He continues: “People might be thinking that a reduction to the pension tax relief of this nature wouldn’t affect them, but more than many would expect would be hit by a potentially enormous tax bill as the tax increases with your portfolio. As the value of portfolios rise, many will hit the threshold sooner than they think.

“The same applies to the absurd idea of the mansion tax – as property values soar, a growing number of households, whose real income might not have increased at all, will be dragged into this new tax net.”

Mr Green concludes: “As politicians plan new raids on pensions and propose to introduce further taxes, I fully expect a growing number of people, especially retirees and those on the cusp of retirement, to move their funds out of the UK into safe, lower-taxation jurisdictions to maximise and protect the money most have been working hard all of their lives for.”