Long-serving Liberal Democrat councillor Clive Smith has resigned from his party and joined the Greens. Clive, who represents the Link Division on Worcestershire County Council, Malvern Hills District Council, and on Malvern Town Council, has been a member of the Liberal Party since the 1960s.

The defection of Cllr Smith means that the Green Party now has representation on Worcestershire County Council for the first time, as well as increasing the number of Green councillors on both the District Council and the Town Council to three.

Councillor Clive Smith stated "I have become deeply unhappy at the way the Coalition Government has allowed the Conservatives to pursue the most reactionary agenda this country has ever seen. I joined the Liberals because I believe in social justice – that the most vulnerable in society should be supported rather than demonised. The Coalition's assault on higher education, the health service and the welfare state is not in tune with my Liberal principles."

"I respect deeply my local Liberal Democrat colleagues, many of whom I have grown up with and who I know have their own misgivings. But I find myself unable – in public or in private – to defend what is being done in our name."

"I have thought long and hard about this decision – it is the most difficult I have ever had to make. However, it has been made easier for me by the fact that the Green Party – with its strong sense of community and its belief that local people are best placed to make the decisions that affect their communities – has held fast to the values I hold dear. I have worked for many years with local party leader, District Councillor John Raine – and believe him to be someone of great integrity and prepared to make a principled stand. I very much look forward to working with him and his District Council colleague, Julian Roskams, who has been a good friend for many years and has made a significant impact since joining the District Council in July." 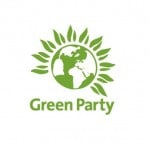 Green Party Leader, Natalie Bennett said "We are delighted to welcome Clive to the Green Party. He brings a wealth of experience and knowledge. It is also a further sign that the Liberal Democrat party is one that has abandoned so much of what its members and supporters have fought for, whether it was restricting university tuition fees, abolishing Trident nuclear weapons and opposing nuclear power, or acting to tackle the pressing issues of climate change and protecting the most economically vulnerable in our society. The Green Party presented in 2010 a fully costed general election manifesto that abolished tuition fees and didn't cut essential government services – although it did provide for an end to Trident and British involvement in the Afghan War, and pointless building of new roads. We have a plan for Britain that involves rebuilding our local economies, bringing manufacturing and food production back to Britain, ensuring a living wage and secure jobs, and a decent level of benefits for those who need them."

Malvern Hills Green Party Leader, Councillor John Raine (Malvern West ward) said: "Clive cares deeply about our community and his uncompromising stand on issues of social justice will ensure that he is a highly valued additional member of our party who will continue to serve the electorate of his ward and all citizens of Malvern Town, Malvern Hills District and Worcestershire as a whole, with the dedication and devotion he has demonstrated over many years".

CHART(S) OF THE WEEK: Clash of the Titans Forecasts