LIBOR scandal – how can we ever trust banks again?

The FT reports that over a dozen London and Asia based traders have been fired, suspended or sent on gardening leave as a huge investigation into global lending interest rates gathers pace.

Investigating authorities are trying to find out if banks conspired to set the overnight rates during the credit crunch and whether they and/or their clients then placed lucrative trades on the basis of that information.

These investigations have been ongoing for about two years and just last August money manager Charles Schwab filed a law suit against 11 major banks accusing them of manipulating LIBOR and seeking damages for losses suffered as a result.

According to the FT citing ‘people familiar with the probe’ personnel at Deutsche Bank, JP Morgan Chase & Co, TBS and Citigroup had been fired, sent on leave or suspended.

Now the investigation is said to be expanding to envelop hedge funds that bet on movement of these rates and the interdealers.

Rates like LIBOR are set by asking selected banks to report the rate at which they can borrow from other banks. During the financial crisis it is thought that some may have under reported so as to make their bank look less risky. This would have the effect of depressing the LIBOR.

The Wall Street Journal reports that emails and online chat messages (online.wsj.com/article/SB10001424052970203315804577207212704268678.html?KEYWORDS=libor+investigation) between traders who appear to be attempting to influence those that submit rate information have been found by investigators in Japan. Swiss authorities have also said that they have information on possible collusion.

LIBOR is described as the ‘most active interest rate market in the world’. But possibly most importantly is that it is used to set the prices for many financial instruments from LIBOR mortgages to future and swaps and it applies to many currencies. 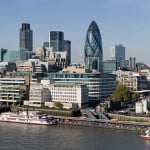 According to the WSJ “Some banks have accused their own employees of trying to manipulate interest rates in order to boost their own trading profits. Royal Bank of Scotland Group PLC dismissed Singapore-based trader Tan Chi Min in November for attempts to "improperly influence the rate setters" who made the bank's yen Libor submissions, according to a disciplinary letter filed by the employee in a Singapore court.

Mr. Tan has alleged he was wrongfully terminated, since RBS failed to detail the allegations against him, according to a court filing in Singapore. Mr. Tan added that it was "common practice" for top bank employees to ask Libor rate-setters for a certain interest rate. Employees at RBS "also took requests from clients," such as Brevan Howard, "in relation to the fixing of Libor," Mr. Tan alleged in his suit.”

How many investors and pension funds have lost out because of this? In all probability we’ll never know.

Just one more sorry tale in a line of financial shenanigans and the lack of regulation.

Image by Diliff (Own work) [CC-BY-SA-3.0 or GFDL], via Wikimedia Commons