LIBOR – yet another banking scandal

Not content with conning its customers into buying expensive but useless Payment Protection Insurance, convincing others that buying costly derivative contracts alongside loans was a good thing and then ultimately engineering the virtual collapse of the global economy, the banks then went on to manipulate the London Interbank Offered Rate to ensure they could keep making a quick buck without regard to the losses others may experience.

Barclays got caught out and have ended up with total fines of Â£290 million and sparked a debate in Parliament. The FSA fined the bank Â£60 million and the US Securities and Exchange Commission fined them Â£230 million.

And then we hear confirmation from the Chancellor during the Commons debate on the matter that, just like tax avoidance, manipulating the LIBOR is not a criminal offence! Even though it could net those that engage in it vast amounts of money.

LIBOR is an average of the interest rates that selected leading banks in London charge other banks to borrow from them. It has become over the years the rates that other lending institutions monitor when setting their own rates, indeed many mortgages are tied to the LIBOR.

This means that some people may have been paying more for their loans than they should have been depending on the type of deal they had. Conversely, some may have been lucky and paid less. The same goes for savers. But in between were the manipulators and their friends milking the system.

Barclays is in the chair today taking the flak over this and George Osborne took the bank to task saying that this showed "systematic greed at the expense of financial stability – and the Government at the time were clueless about what was going on." Whilst conveniently forgetting that he had argued for even lighter regulation at the time.

Barclays shares also took a pounding ending the day some 15.6% down on the day.

But Barclays are not alone in this, it is reported that the Royal Bank of Scotland and Lloyds together with ten other UK banks are also in the frame.

“This is an example of barefaced fraud which the regulators were powerless to stop. Manipulating interest rates is not a victimless crime – ordinary borrowers and savers have paid so that fact cat traders could line their pockets with multimillion-pound bonuses.

The fact that this was going on in the midst of a financial crisis caused by the banks reckless, dishonest behaviour only proves that our financial system is out of control. In a rigged market, with clueless regulators and gutless politicians the only way to hold the big banks to account is to use our consumer power and move our money.

Ordinary mortals might be facing prosecution, yet Bob Diamond and his cronies have only made the token gesture of waiving their bonuses. It again seems to be one rule for us and another for them.”

You have to admit that Jesus definitely had the right idea about bankers! And this may be a time when the one sided extradition arrangement we have with the USA might work very well, after all the US regulators have more teeth than ours do! 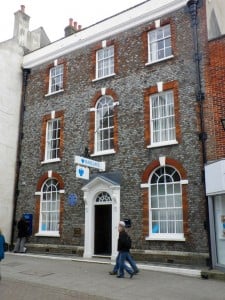 FTSE AIM shares may soon be eligible for ISAs