So, we had LiborGate, and I previously noted that this apparent scandal was the tip of the iceberg. Banks and governments have been colluding in hard core mafia crimes such as the laundering and dealing of hundreds of millions of dollars in narcotics and weapons. Unfortunately I was rather conservative in my estimations since last week it came out that HSBC is implicated with £36 trillion in money laundering, a figure similar to the entire global GDP, dwarfing the hundreds of billions laundered by Wells Fargo. Old news for some, but trillion is so passé, like Dr Evil coming out of cryogenic freezing to demand one million dollars for the world. Bloomberg has been reporting for some time about the $1.2 quadrillion global derivatives market in a wholly unregulated, unreported "shadow banking system" (mobile.bloomberg.com/comments/2012-04-03/regulators-should-move-faster-to-make-shadow-banks-safer). This is where that drugs money is taken, treated as collateral and then leveraged 10 or 100 times to 1 in the fractional reserve banking system. Of course, governments, agreeing to underwrite this monstrosity have put the entire Eurozone and indeed Western capitalism at threat.

But really, I wanted to write this article to explain that financial fraud, manipulation and systematic government sponsored Mafia behaviour is just the tip of the iceberg. These people clearly have ambition and money is a means to an end, so what is it that they are really up to? What would one do if they could print as much money as they wanted? What would government and corporations do if they could control the drugs trade and then leverage trillions of laundered dollars to buy up the planet?

If you thought that manipulation of the global financial system and quadrillions in derivatives were a big ask, the scandal I'm about to describe pales the former into being a minor significance.

The big piece of news, issued with a whimper and no follow up is that The Guardian, after reporting "potential" geo-engineering projects for a while now, with an entire section devoted to it on their online newspaper last week published a map of weather modification programs actually underway. Not only do we have covert systematic efforts to manipulate the entire financial system, but now we have to suffer our new Feudal overlords attempting to become God and manipulate the weather.

Worryingly, much of the "developed world" is shown in that map as a hot spot for geo-engineering activity. They report active programs to alter precipitation and regulate solar exposure. This is despite no public debate. Yet Parliament has spoken on the topic, producing policy documents on the regulation of geo-engineering. That document states a "need" for geo-engineering alongside a curious claim that government should not encourage debate on the topic for fear that they would be seen as supporting it, in light of likely public opposition (no kidding). They call instead for "an international programme of upstream public engagement". This worrying statement implies that those behind this program have little respect for national sovereignty, democracy or public debate, in scenes reminiscent of Stalin at his best.

The Politicians have good reason to keep these programs under wrap because evidence shows that the programs involve the dumping of mega-tons of toxic material into the atmosphere. For those concerned about organic farming, wildlife biodiversity and human health and wellbeing, not to mention our general experience on this planet, this has to be the greatest scandal untold in history. Worst of all, Parliament's documents on geo-engineering admit that the climate is unwieldy and that the outcomes of such programs are unpredictable.

G. Edward Griffin recently produced a Youtube hit on this topic called "What in the World are they Spraying" and is presently producing a follow up called "Why in the World are they Spraying". The documentary commences with news coverage of geo-engineering and then moves to coverage of a geo-engineering conference where scientists gathered to discuss programs. Most shocking of all was the admission that one proposal involves the spraying of 10 to 20 million tons of aluminium into the stratosphere to block out sunshine and manipulate weather patterns. The health and wildlife implications of this trigger concerns verging on genocide. The producers then went to visit Mount Shasta, California, where levels of aluminium in what should be a pristine wilderness have been measured at levels that should not occur next to an aluminium smelting plant. Subsequent investigation by the Mount Shasta Bioregional Ecology Centre [1] found aluminium concentrations at 2190 ug/l, barium at 43 ug/1 (ppm) and strontium also at high levels. A similar pattern of toxicity has also been observed by Rosalind Peterson of The Agricultural Defence Coalition. Also, Clifford Carnicom who was one of the first people to bring these programs to light with his movie, Aerosol Crimes.

But it is not just citizen reporters looking into this. We have Bill Gates pouring cash into projects calling for the horrific spraying of millions of tons of sulphur dioxide 30 miles above the earth. As I said, LiborGate forget it, what we need is a new ClimateGate, or even God-Gate since that is what these so called people are trying to play. Just imagine what this is doing to air quality and the epidemic of death and disease for plants, humans and wildlife when megatons of aluminium, barium, sulphur dioxide, strontium and more sink to earth. Yet Gates claims to be a custodian of the planet, protecting us from global warming in a great irony.

Of course, to those who understand physics, and you can look this up, CO2 is measured in parts per million and is less potent a greenhouse gas than water vapour, which is 2% of the atmosphere and is primarily affected by sunshine. Gates must be aware of this since the sulphur he plans to inject into the atmosphere deflects heat primarily by nucleating clouds so that water vapour deflects heat from the planet, yet we are told that CO2 is the primary driver of the climate. Articles everywhere are stating that these programs could end our beautiful blue skies, turning them milk white, yet no debate.

CO2 is also being targeted, but the proposed solution gives a clue as to the real motivations. The Guardian again, recently reported plans to dump mega-tons of iron into the oceans. This would cause algal blooms that would sequester CO2. The problem is that this will also eliminate oxygen from the ocean creating dead zones for fish and marine plants, causing not only an ecological disaster but also potentially a massive fish shortage. The iron will also bio-accumulate in the fish we eat, causing toxicity in humans. Articles focus on the CO2 aspect, but the wholesale dumping of heavy metals into the atmosphere and sea make it more likely that this is corporations attempting to profit from toxic waste dumping. Converting a liability into a profit centre, making these programs defacto bailouts for heavy manufacturing firms.

Looking back in history, this is nothing new. Old timers may recall that the US military was using geo-engineering during the 1960's in Vietnam to extend the Monsoon season on the Ho Chi Minh Trail to flood out their enemies, then spraying tons of silver iodide. In 1977, the United Nations published the Environmental Modification Treaty, which states all the various methods and outlaws weather warfare, so this is old news really. More recently, the US Air Force made the audacious statement that it wishes to "own the weather" by 2025 in its “Weather as a Force Multiplier: Owning the Weather in 2025”. Closer to home, the BBC reported that the UK military had dumped tons of cadmium over Norwich during the 1960's correlating with a massive increase in oesophageal cancer and cadmium is a known carcinogen. Unfortunately, as with the stories above and, as with manipulation of our financial system, it was the tip of a rather big iceberg with The Guardian reporting on declassified chemical and biological weapons testing over much of Britain between 1940 and the late 1970's. These involved wholesale spraying of zinc cadmium sulphide, biological agents and more, in over 100 admitted "trials" which will themselves be dwarfed by projects which remain classified. In a defacto admission that these programs still exist, most likely merged into the overall geo-engineering program, Sue Ellison, Spokeswoman for Porton Down, asked whether such tests are still being carried out, said: 'It is not our policy to discuss ongoing research.' 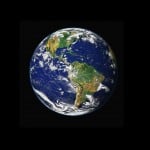 Meanwhile, as stated above, Parliament, aware of these proposals advises against public debate on what should be the greatest debate human discussion since Adam's decision to leave the Garden of Eden! The question is whether we wish to live in a natural world, or an engineered planet pumped full of megatons of sulphur and heavy metals. That debate ought to have free reign to question motives and the "science" behind it, lest the military's stated goal of owning the weather provide them motivation to provide us a false narrative. It is this author's opinion that the burden of proof should be on the perpetrators, not the general public. In a massive expression of irony, London recently imposed emissions caps on heavy vehicles driving into central London. Could it be that said industrialists failed to invest in clean engines because they have been taxed out of existence to pay for black projects like geo-engineering and, bailouts of the fraudulent shadow banking system which they had no idea even existed?

Some say that we need a return to Glass-Steagall style regulations to separate casino banking from high street banking. I say that those measures are outdated. What we need is to go further and develop a system to separate normal people from the morons currently in charge. The traditional method for dealing with known hooligans and admitted psychopaths is jury trial and incarceration. However, for crimes against humanity and the planet such as spraying mega tons of heavy metals into the stratosphere and ocean; do not be surprised if others call for a return to capital punishment.

Returning to finance, this writer agrees with Max Keiser that all investors should include guillotine manufacturers in their portfolio. If that industry fails to take off, we recommend strong defensive positions in your portfolio dominated by pharmaceutical companies and undertakers to profit from the geo-engineering genocide.

Solar powered fuel for the car