People often ask me why the West doesn't attempt a Libya-style intervention in Syria. After all, things are going so well in Libya. Oil production is up. But oil production is merely a mirage, as is security in Libya, which was doomed from the day one PG (post-Gaddafi) because of the way it was "liberated".

Last Wednesday, US envoy to Libya Christopher Stevens was killed along with three other American diplomats in a rocket attack on the US consulate in Benghazi.

What about the oil, that global elixir? Well, the violence will not bode well for Libya's production ambitions, coming at a time when the country looked prepared for a boost in output and was banking on this for economic growth.

Security was already dubious at best, and now international oil companies will be more reluctant than ever. Those that are already there-Germany's Wintershall AG, Italy's Eni and France's Total-will be seeking to beef up security and have already started sending some of their workers home.

If the picture was not clear from the onset of the post-Gaddafi atmosphere, it certainly came into focus earlier this summer when protests over parliamentary elections forced the temporary closure of the el-Sider oil terminal, the country's biggest.

Anyone who thinks that Libya will be a secure oil frontier after the formation of a new government next summer is mistaken. The road to destruction runs from Afghanistan to Benghazi (incidentally, the oil-producing region), branching off to southern Iraq and Pakistan's tribal regions.

So, you ask, what about the controversial anti-Islamic movie apparently put together by an Israeli-American real estate developer with too much time on his hands?

According to Jellyfish Operations [1] – a private intelligence and analysis boutique that has spent much time dissecting the intervention in Libya and the conflict in Syria-the anti-Islamic movie is a red herring in all of this.

Speaking to Oilprice.com, Jellyfish President Michael Bagley said that while the movie is being upheld as the root cause of the intensifying protests and the death of the US envoy to Libya, it has only served to give added momentum to another more important development.

"The key to all of this is al-Qaeda's second in command, Abu Yahya al-Libi, who was killed by a US drone attack in Waziristan on 4 June," Bagley said. "The real catalyst for the attack in Libya and the unrest that has spread to Yemen, was a lengthy video released by al-Qaeda leader Ayman al-Zawahiri, marking the anniversary of 9/11 and admitting to the death of al-Libi, who is Libyan."

"This was a very powerful call to avenge al-Libi's death," Bagley said, "and it came only 24 hours before the attack on the US consulate in Benghazi."

To put this into perspective, let's reminisce a bit about al-Libi, whose past is a roller coaster, enemy-foe ride with the US.

Al-Libi was captured in the "war on terrorism" in Afghanistan in 2002 and held for three years in Kabul's high-security Bagram prison. Against all odds, he escaped in 2005.

In 2011 he resurfaced again, but this time as a friend to Washington who had decided that it was no longer friends with Gaddafi, despite all the efforts leading up to this to rebuild relations after that nasty Lockerbie business and all the sanctions. So here is al-Libi again, but this time around his terrorist inclinations are a bonus rather than a liability: He fights alongside intervention forces to oust Gaddafi.

With Gaddafi gone, al-Libi once again became a liability so he was taken out by a drone in Pakistan.

This brings us back to the present, with al-Zawahiri on the rampage and Libyan's wise to their liberators.

"This is a cut and dry example of the backfire of the US intervention strategy," Bagley said. "Let's hope it isn't attempted in Syria."

The post-Gaddafi Libya is not real. It's a dangerous fabrication of materials stuck together by the glue of dubious alliances with jihadists who are cut loose with their weapons once the immediate goal (Gaddafi's demise) was achieved. Forget about the oil for now.

By: Jen Alic of Oilprice.com 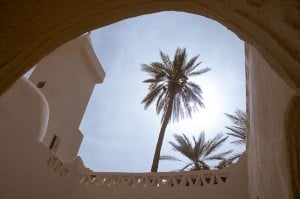