Technology and high prices are opening up new oil resources, but this does not mean the world is on the verge of an era of oil abundance, according to the International Energy Agency's (IEA) 2013 edition of the World Energy Outlook, which can be found here.

Although rising oil output from North America and Brazil reduces the role of OPEC countries in quenching the world's thirst for oil over the next decade, the Middle East – the only large source of low-cost oil – takes back its role as a key source of oil supply growth from the mid-2020s.

The annual report, released today in London, presents a central scenario in which global energy demand rises by one-third in the period to 2035. The shift in global energy demand to Asia gathers speed, but China moves towards a back seat in the 2020s as India and countries in Southeast Asia take the lead in driving consumption higher. The Middle East also moves to centre stage as an energy consumer, becoming the world's second-largest gas consumer by 2020 and third-largest oil consumer by 2030, redefining its role in global energy markets. Brazil, a special focus in WEO-2013, maintains one of the least carbon-intensive energy sectors in the world, despite experiencing an 80% increase in energy use to 2035 and moving into the top ranks of global oil producers. Energy demand in OECD countries barely rises and by 2035 is less than half that of non-OECD countries. Low-carbon energy sources meet around 40% of the growth in global energy demand. In some regions, rapid expansion of wind and solar PV raises fundamental questions about the design of power markets and their ability to ensure adequate investment and long-term reliability.

"Major changes are emerging in the energy world in response to shifts in economic growth, efforts at decarbonisation and technological breakthroughs," said IEA Executive Director Maria van der Hoeven. "We have the tools to deal with such profound market change. Those that anticipate global energy developments successfully can derive an advantage, while those that do not risk taking poor policy and investment decisions."

The availability and affordability of energy is a critical element of economic well-being and, in many countries, also of industrial competitiveness. Natural gas in the United States currently trades at one-third of import prices to Europe and one-fifth of those to Japan. Average Japanese or European industrial consumers pay more than twice as much for electricity as their counterparts in the United States, and even China's industry pays almost double the US level. In WEO-2013, large variations in energy prices persist through to 2035, affecting company strategies and investment decisions in energy-intensive industries. The United States sees its share of global exports of energy-intensive goods slightly increase to 2035, providing the clearest indication of the link between relatively low energy prices and the industrial outlook. By contrast, the European Union and Japan see their share of global exports decline – a combined loss of around one-third of their current share.

"Lower energy prices in the United States mean that it is well-placed to reap an economic advantage, while higher costs for energy-intensive industries in Europe and Japan are set to be a heavy burden," said Fatih Birol, IEA Chief Economist.

Among the options open to policy makers to mitigate the impact of high energy prices, WEO-2013 highlights the importance of energy efficiency: two-thirds of the economic potential for energy efficiency is set to remain untapped in 2035 unless market barriers can be overcome. One such barrier is the pervasive nature of fossil-fuel subsidies, which incentivise wasteful consumption at a cost of $544 billion in 2012. Accelerated movement towards a global gas market could also reduce price differentials between regions. Gas market and pricing reforms in the Asia-Pacific region and LNG exports from North America can spur a loosening of the current contractual rigidity of internationally traded gas and its indexation to high oil prices. 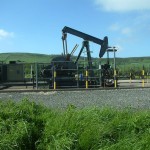 Action to reduce the impact of high energy prices does not mean diminishing efforts to address climate change. Energy-related carbon-dioxide emissions are projected to rise by 20% to 2035, leaving the world on track for a long-term average temperature increase of 3.6 °C, far above the internationally-agreed 2 °C climate target. The report emphasises the importance of carefully designed subsidies to renewables, which totalled $101 billion in 2012 and expand to $220 billion in 2035 to support the anticipated level of deployment.

An in-depth focus on oil in WEO-2013 looks at how technology is opening up new types of resources, such as light tight oil and ultra-deepwater fields, that were until recently considered too difficult or expensive to access. Despite new resources being unlocked, national oil companies and their host governments still control 80% of the world's proven-plus-probable oil reserves. The pace of oil demand growth slows steadily, from an average of 1 mb/d per year to 2020 to just 400 kb/d thereafter, as high prices encourage efficiency and fuel switching, and the decline in OECD oil use accelerates. The shift in the balance of oil consumption towards Asia and the Middle East is accompanied by a continued build-up of refining capacity in these regions. However, in many OECD countries, declining demand intensifies pressure on the refining industry: in the period to 2035, nearly 10 mb/d of global refinery capacity is at risk of low utilisation rates or closure, with Europe particularly vulnerable.

The World Energy Outlook is for sale at the IEA bookshop.

The International Energy Agency is an autonomous organisation which works to ensure reliable, affordable and clean energy for its 28 member countries and beyond. Founded in response to the 1973/4 oil crisis, the IEA's initial role was to help countries co-ordinate a collective response to major disruptions in oil supply through the release of emergency oil stocks to the markets. While this continues to be a key aspect of its work, the IEA has evolved and expanded. It is at the heart of global dialogue on energy, providing reliable research, statistics, analysis and recommendations.