It is true that every fad has its tipping point, but this was never going to be it. The interest in watching bands play their best (or at least best loved) record is easily understood, if a little troubling. Who wouldn’t want to see ‘Screamadelica’ or ‘George Best’ or ‘Deserter’s Songs’ played live in its entirety? Now, where was that clamour for Turin Brakes to play ‘The Optimist’? I may have missed the petitions and the marches to town halls throughout middle England, admittedly.

Evan Dando appears to feel the same way. Having first performed ‘It’s A Shame About Ray’ as part of the trend-setting ‘Don’t Look Back’ series of gigs, he is touring the record live for at least the third time.

He’s in no hurry to do so, either, wandering on solo, still lank of hair and baggy of attire, to play stripped back versions of a handful of his better songs. In spite of his chequered vocal history, Dando’s delivery is effortless, acoustic guitar pushed to his chest and eyes closed. ‘Outdoors Type’, in particular, sounds beautiful and incongruous – remember when the lyrics ‘what if something’s on TV and it’s never shown again?’ sounded anything other than highly unlikely?

The billed event is over in a flash, somewhat appropriately for an album that clocks in just short of the half-hour mark. Played quickly and lot more heavily than you are used to, the first half of ‘Ray’ still sounds incredible. ‘Confetti’ goes by in a wave of jangle and half-formed words, ‘My Drug Buddy’ retains its youthful vulnerability and a raucous version of ‘Rudderless’ provides the night’s highlight. What you do miss are Juliana Hatfield’s backing vocals, although there is amusement to be had at the 30-something crowd adding them in.

The second half of the record is as unremarkable as it ever was and, duty done, Dando embarks on a loose Greatest Hits set. ‘Into Your Arms’ gets the full sing-along treatment it deserves while ‘The Great Big No’ and ‘If I Could Talk I’d Tell You’ are warmer and more comforting at this distance than they were ever intended to be.

In the encore, Dando holds out the unlikely hope that his take on ‘Mrs Robinson’ might be shoe-horned in, as it was on the re-issued version of ‘Ray’. He doesn’t deliver and, for once in a career punctuated by long gaps and missed opportunities, you respect him for it. 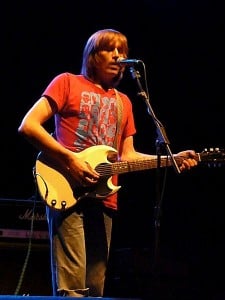 James Cameron's Avatar is a masterpiece