The government is collecting £17bn less than forecast in income tax because of the lack of earnings growth in the UK, according to new analysis published today (Friday 28th November) by the TUC.

If earnings growth had been in line with the forecast made in June 2010 by the Office for Budgetary Responsibility (OBR) – the official watchdog for the government’s fiscal policy – income tax receipts this year would be £176bn. But the Treasury is now expected to collect just £159bn in 2014/15 – £17bn less than forecast.

The £17 billion gap is equivalent to a rise in the basic rate of income tax by four pence, or an increase to VAT of four per cent. 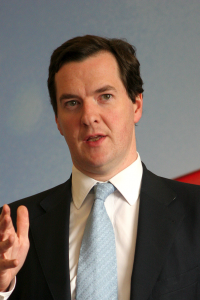 “The government’s failure to get wages growing again has not only left families far worse off than in 2010, it’s put the public finances in a mess too. “The economy has become very good at creating low-paid jobs, but not the better paid work that brings in income tax.

“The Chancellor’s sums just don’t add up – he can’t make the tax cuts for the better off that he is promising and meet his deficit reduction target without making cuts to public services. His cuts would be so deep that no government could deliver them without doing damage to both the economy and the fabric of our society.

“We can’t cut our way out of this problem any more than we can dig ourselves out of a hole. More austerity would only keep us stuck in a downward spiral. The Chancellor should use next week’s Autumn Statement to invest in growth and to put a wages recovery at the top of the agenda.”