Despite this loss the 41% publicly owned bank plans to pay out Â£375 million in bonuses, although this is down some 30% on last year’s bonus pot.

Lloyds’ shares fell 2.4% on the news and only recovered a little over the course of the day before sliding again and, at the time of writing, are still at 2.3% down on the day at 35.7p.

The main source of this loss is the Â£3.2 billion the bank was forced to put aside to cover the repaying of mis-sold payment protection insurance (PPI).

Lloyds Chief Executive, Antonio Horta-Osorio, who went into post at the start of 2011 but was forced to take two months out because of stress induced sleep deprivation, has declined to take the Â£2.4 million bonus he is entitled to.

He has said though that 2012 will be a challenging year but does expect to continue strengthening the bank’s balance sheet.

Given the economic outlook, in 2012, on a combined businesses basis, we expect income to be lower than in 2011, given further non-core asset reductions, subdued demand in the core loan book, higher wholesale funding costs, and interest rates likely to remain at low levels for longer. …….. We expect to continue to strengthen our balance sheet in 2012, by a further reduction in non-core assets of approximately Â£25 billion, through targeting further deposit growth, at least in line with the market, by strengthening our funding position, with approximately 50 per cent of our term wholesale funding target for 2012 already completed, and by further improving our core tier 1 ratio.

On the same day Lloyds has announced that it has reduced its level of customer complaints by 24%. 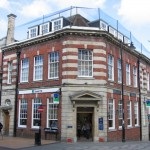 The Group has also put in place an ‘outcome testing programme’ to measure whether the right client decision was taken, the right solution offered and the complaint dealt with in a timely manner.

“We want to be the best bank for customers and that means we must offer them the highest standards of service. I am pleased with the significant achievements we have made in reducing complaints in 2011. However, we need to keep improving and so we have set a new target for 2012 when we will aim to have no more than 1.3 complaints per 1,000 accounts.”

Smile Voted Most Trusted Bank by its Customers

Why I have little sympathy for Asia’s whinging