The Lloyds Banking Group is taking back some Â£2 million in bonuses from ten executives over the Payment Protection Insurance mis-selling scandal.

The move includes four board members, says the BBC, including the former chief executive Eric Daniels who stands to lose 40%-50% of a Â£1.45 million bonus.

Robert Peston, the BBC business editor, says that three other board members will have some Â£250,000 stripped from their bonuses.

This all arises from the Payment Protection Insurance (PPI) mis-selling scandal, where those taking out loans from big banks were sold PPI to cover their payments if they became ill, had an accident or lost their jobs.

But in many cases the insurance sold was not appropriate to the customer and in some cases it was added to the monthly payments without the client’s full knowledge. It then transpired that many people, despite making the policy payments, would never have been eligible to claim.

A Which? report was published that found that one in three of these products cost the customer but was worthless to them. But the banks still pushed the product and, as a result, a whole PPI claims industry sprung up to get customers their money back.

The amounts involved could be quite high considering that a PPI policy could add about 20% to the cost of the loan. 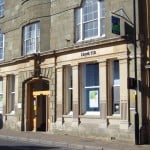 The banks went to court to try and stop the claims but they lost and in the end they were forced to make provisions for the potential losses. Lloyds alone had to put aside Â£3.2 billion to pay back to customers who were mis-sold PPI products.

The public, politicians and the Financial Services Authority have since called on the banks to claw bonuses back from those who were in charge at the time.

Now that Lloyds has taken the plunge let’s hope that the other banks follow suit to send out a simple and clear message by stripping their senior bankers of ill-gotten bonuses.

For people that believe they have a claim against their bank for a mis-sold PPI policy but who have not yet done so, the process is fairly simple as shown here.