Debt held against UK commercial property stood at Â£197.9bn at the end of 2012, a year-on-year fall of 7.7 per cent, but also revealed continued falls in the value of the worst performing assets, underlining the increasing polarisation in the property market and the wider economy.

While the slow unwinding of commercial property debt continues at a steady pace from the 2008 peak, the data points to a growing polarisation between good quality and bad quality assets. Sub prime property, particularly outside London and the South East, remains out of favour with investors in part due to the unwillingness of lenders to provide new loans secured against this property. However, increased competition among lenders for the least risky loans has pushed down borrowing costs for the best quality assets.

The survey of 87 lending teams from 78 banks reports the decline in capital values of secondary and tertiary properties in particular pushed the proportion of outstanding debt considered to be in severe distress – with a LTV ratio of 101 per cent or more – to Â£45bn, or 23 per cent of the total outstanding debt. At the same time the proportion of debt with a LTV ratio of 70 per cent or less stood at 53 per cent, an improvement compared with 50 per cent at year-end 2011. In all Â£92bn had an LTV of 71 per cent or more, meaning that, from the point of view of LTV, it is likely to be unrefinancable on terms available in today’s lending market.

The report also highlights that while new non-traditional lenders are becoming more active, their appetite remains selective and shows a clear bias towards central London investment projects. However, with debt funds accounting for just one per cent of outstanding property debt and five per cent of lending activity during 2012, they are unlikely to be a silver bullet in solving the credit drought where it is most acute: commercial property development projects and the regions generally.

Over the next five years 72 per cent of the Â£197.9bn outstanding commercial property debt is due for repayment. This equates to Â£143bn, of which Â£45.5bn matures this year.

For the second successive year, no organisation was prepared to offer terms for speculative commercial development.

Bill Maxted, joint author of the report with Trudi Porter, said: “During 2012, lending organisations reported generally that the weak UK economy and increasing incidences of tenant failures, particularly in the retail and hospitality sectors, was having a detrimental impact on borrowers’ cash flows and the capital value of commercial property.

“There was a reduction in the year-on-year number of new impaired loans but the situation with many existing problem loans were deteriorating. Lending organisations had become more inclined to sell properties securing non-performing loans with these decisions often being driven by regulatory pressure.” 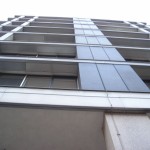 Dominic Reilly, Director of Jones Lang LaSalle Corporate Finance and Head of UK Debt, said: "The 2012 survey reveals many encouraging signs of increased activity and liquidity in the UK debt market from UK Banks, Insurance Companies and new non bank Debt Funds. However there is still more than Â£45 billion to be refinanced in 2013 and new entrants and a return to some CMBS issuance is needed to plug the funding gap.”

Liz Peace, Chief Executive of the British Property Federation, said: “The ongoing unwinding of loan books from the 2008 peak has continued as lenders slowly but surely deal with the legacy debt. This is welcome, as is the steady pace at which it’s happening.

“However, the findings also point towards increasing polarisation in the market and two-tier investment as the proportion of loans with LTVs of less than 70 per cent and greater than 101 per cent both increase. The worst property is getting worse while there are signs of recovery at the other end of the spectrum.”