All 39 Local Enterprise Partnerships (LEPs) in England have now submitted their Strategic Economic Plans to the Government. These plans are expected to create strong local economies, with growth that will benefit businesses and families in the long term.

Each plan has been created at the local level by people who know the area best, playing to the strengths of each area and creating innovative new housing and education projects as well as supporting business across all sectors.

The ambitious plans for job creation, infrastructure and improved skills set out local priorities and call on the Government to provide them with the powers and funding they need to grow their economies.

The plans will form the basis for negotiations for Growth Deals between the Government and every LEP, supported by the £2 billion Local Growth Fund announced last summer.

"Over the past two years, whenever I have visited the areas that have negotiated City Deals I have been struck particularly by the different people who have worked together to strike deals that are best for their local area. Local politicians of all parties – historically not always the most harmonious of bedfellows – have cooperated with businesses, educational institutions and other local organisations for the economic benefit of their economic area.

"This cooperation has been extended as every LEP has developed its Strategic Economic Plan, and provides a template for turning every part of the country into an engine of growth. I look forward to announcing the Growth Deals in the summer."

Since draft proposals were submitted to the Government in December, Greg Clark, Minister for Cities, has met with every one of the 39 LEPs to advise on their proposals. He said:

"Having met every LEP over the past three months, I am enormously impressed with their ambition and focus. Every one of these areas has a unique local character, their own strengths and innate characteristics that can be exploited to create jobs and stimulate growth. 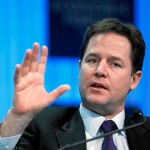 "However, this is a competitive process, and the Local Growth Fund is likely to be heavily oversubscribed. Only those proposals that can prove tangible evidence of economic gain will succeed. I am immensely looking forward to getting into the detail of their proposals in the coming months and negotiating deals that benefit every corner of England and the country as a whole."

The £2 billion Local Growth Fund was set up in March 2013 in response to Lord Heseltine's report "No Stone Unturned", and will continue to provide £2 billion a year to stimulate growth at a local level.

The Government is giving local areas not just the money but also the powers to drive their own economy. As the economy turns the corner, Growth Deals will ensure not only that every part of the country can take advantage of the recovery, but has the opportunity to be right there in the driving seat. Growth Deals can consist of greater influence over key levers affecting local growth, through policy freedoms and flexibilities, and a share of the Local Growth Fund to spend on delivery of their Strategic Economic Plan.