Now that Sir Howard Davies’ has announced that the Isle of Grain would be ruled out of further consideration by the Airports Commission, TESTRAD (Thames Estuary Research and Development) says it is unsurprised by the announcement and believes that this leaves London Britannia Airport as the only viable alternative for a new Hub airport in the Estuary.

TESTRAD says it has always argued that the Thames Estuary is the best place in the UK to build a replacement Hub Airport and that after studying the Estuary in some detail it long ago recognised the shortcomings of the Isle of Grain as a suitable location for precisely the reasons stated in the Commission’s findings.

TESTRAD says though that it remains disappointed that the commission never properly considered all the Estuary alternatives saying that if it had done a true pairwise comparison, it would never have included a proposal that was bound to fail on environmental grounds. It goes on to say that if the Airports Commission had properly assessed the alternative locations they would have found that London Britannia would be a demonstrably better alternative to the Isle of Grain, Heathrow or Gatwick.

TESTRAD is now urging the Government to look carefully at the Airports Commission’s work to date and ensure that they properly consider the broader ambitions for the UK economy and measures to address the growing housing crisis in London. 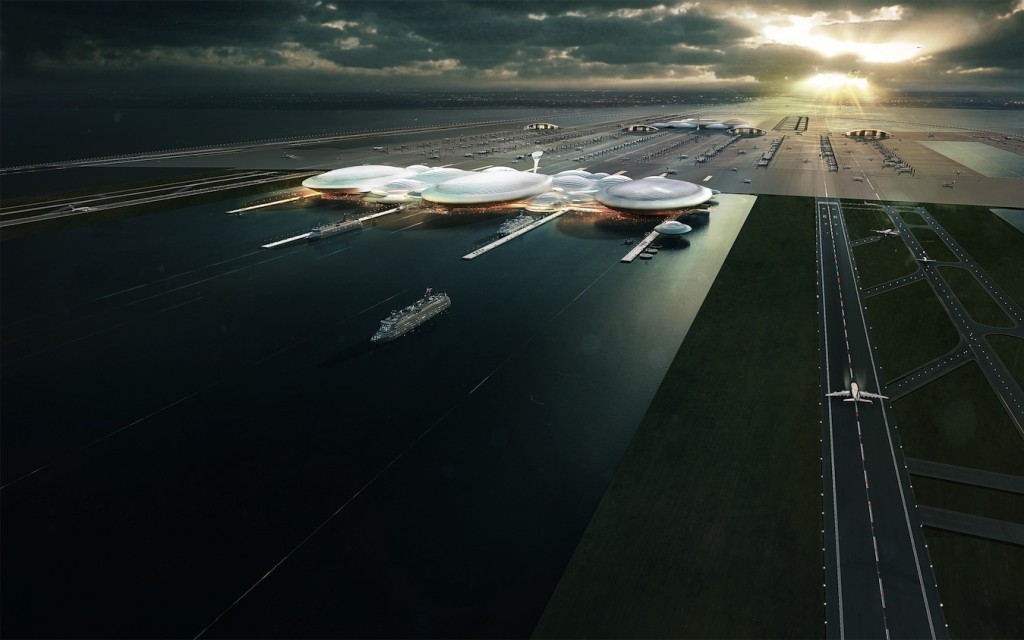 Commenting on the decision a spokesperson for the TESTRAD Consortium said:

“London Britannia now remains the only scheme that can deliver long term aviation capacity for the UK. The shortcomings of the Isle of Grain as a possible location have been well documented, but having failed to properly consider alternative locations in the Estuary the Commission will deliver an incomplete, inadequate and misleading analysis of the opportunities for the UK. The question of future cost to re-visit the capacity question has been ignored and given that cost has been cited as a reason for not taking Estuary options forward, it is misleading to headline cost when the analysis is incomplete. The overwhelming logic of a Thames Estuary airport will continue to ensure that London Britannia remains a realistic option for any future Government. Heathrow and Gatwick can only remain options if the Government accept the Commission’s short sighted strategy to deliberately under provide when planning for additional demand in UK runway capacity.” 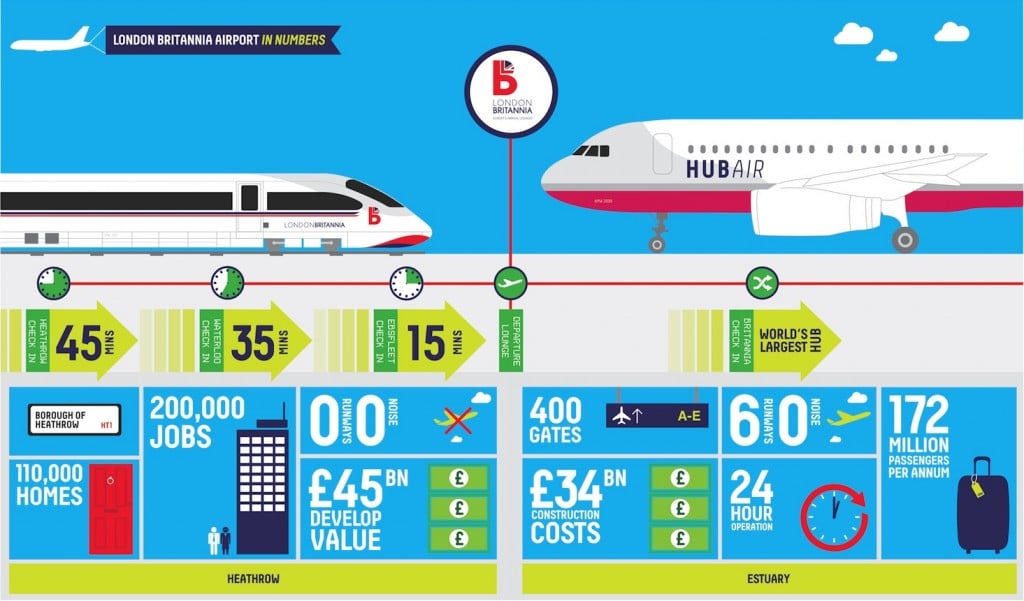 According to TESTRAD the advantages of the London Britannia Airport, an Estuary scheme wholly located in the water, are:

• No people are affected by noise even with 24 hour flying.
• No homes demolished
• No essential industrial infrastructure demolished
• No difficulty with birds and their feeding grounds
• No listed buildings demolished
• No difficulty with the sensitive environment between high and low water.(unlike Grain)
• One landowner
• The land is immediately available, unconstrained and quick to deliver.
• Space to accommodate four runways immediately and expansion in the future.
• Ideal location for a global integrated marine / air logistics hub
• Space for the most efficient runway configuration
• Catalyst for renewed investment in the Thames Estuary