As well as driving both iconic and little known species towards extinction, wildlife crime undermines democratic structures, sows corruption at every level and funds conflict, terrorism and other serious criminal activities.

"EIA is particularly pleased to see the Declaration agreed at the conclusion of this Conference committing countries to a series of meaningful actions which, if implemented, will reverse the low-risk/high-profit nature of wildlife crime.

EIA especially welcomes agreement at the Conference for:

• greater international cooperation in the fight against wildlife crime;

• using legislation and enforcement deployed against other forms of organised crime;

• international sharing of intelligence and joint operations and treating the illegal wildlife trade as a serious crime. 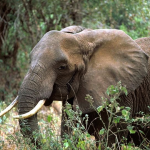 Rice said: "This has been an unprecedented gathering, the first indication that many of the world's governments are really serious about combating organised wildlife crime.

"Delegates should now go home and convene meetings with chiefs of police and Customs, immediately mobilising the law enforcement community to gather and analyse intelligence and so work towards dismantling the criminal networks behind the multi-billion dollar illicit wildlife trade.

"We would have liked them to go further and, specifically with regard to ivory and tigers, close down legal domestic markets."

EIA will looking for evidence of tangible implementation of the London Conference agreement by the time of the next Conference in Botswana in early 2015.

Rice added: "It's been particularly pleasing to see, alongside the Conference, significant developments such as the Elephant Protection Initiative being endorsed by Botswana, Chad, Ethiopia, Gabon and Tanzania – a solid commitment to honour a 10-year moratorium on sales of ivory."

LIVING IN A REAL WORLD HOUSE OF LIES: How Do We Foreclose?