– London expansion accelerating sharply through 2013 and 2014

Financial and business services sector in Central London to be key driver of economic recovery, adding 100,000 jobs between 2013 and 2018.

New forecasts from the Centre for Economics and Business Research (Cebr) for the London economy show the capital returning to rapid growth sooner than previously expected, as business conditions continue to improve.

The London economy is now expected to expand in real terms by 2.0% over 2013 as a whole and by 3.8% in 2014. This is an upwardly revised forecast from 1.3% and 2.1% respectively in Cebr's previous July estimates, thanks to a sharp and sustained increase in both business and consumer confidence in the capital, suggesting economic recovery is here sooner than previously anticipated. These growth estimates mean that the London economy is expected to have regained its pre financial crisis (2008) peak in 2013 in real terms and compare to UK-wide forecasts of 1.6% and 2.7% for 2013 and 2014 respectively – London is outpacing the UK as a whole.

In fact, Cebr's forecasts for London and the UK as a whole show that London is contributing almost a third of all the growth in the UK. That is, of the 2.7% UK growth expected for 2014, 0.8 percentage points are expected to come from London. This comes despite London comprising only roughly one fifth of economic output and just 13% of employment – the capital is punching above its weight.

The economic growth outlook for the forecast years 2015 to 2018 is also bright, with average annual expansion of 2.6%. Downward pressure on the growth rate is expected during these years from government spending cuts, as the public sector deficit will need to be trimmed. Even so, Cebr expects output in London in 2018 to be 16.5% ahead of the previous 2008 peak.

Economic growth in London is expected to be chiefly fuelled by the business service and technology sectors. Professional and technical services (such as law, accountancy or architecture) are expected to see faster growth in 2014 and beyond, while even the financial services sector is projected to stop acting as a drag on growth in 2013 and start contributing positively to London's output from 2014.

Employment growth is to be particularly boosted by the financial and business services (FBS) sector in Central London. Although the financial services sector is likely to see only slow employment growth at best over the next few years as firms try to get more out of their existing workers, this is expected to be offset by particularly rapid growth among business services companies, such as professional services, admin support and real estate. Overall, the sector is expected to increase employment by 2.5% in 2013, 2.7% in 2014 and by an average of 2.1% over the years 2015 to 2018. This equates to an additional 100,000 jobs in Central London in the sector between 2013 and 2018.

However, some key factors are holding back faster reductions in the unemployment rate. Although just 16.5% of London workers are employed by the state (compared to 19.0% for UK as a whole), planned public sector job cuts will weigh down on the local labour market. In addition, the share of part time workers in total employment remains higher than before the financial crisis – suggesting some companies may extend hours rather than making new hires.

"Cebr's latest forecasts show how confidence and growth are swiftly returning to the London and UK economies. However, the forecasts also illustrate how even the rapidly-growing capital will be affected by the public sector spending cuts that will be necessary in the years to come." 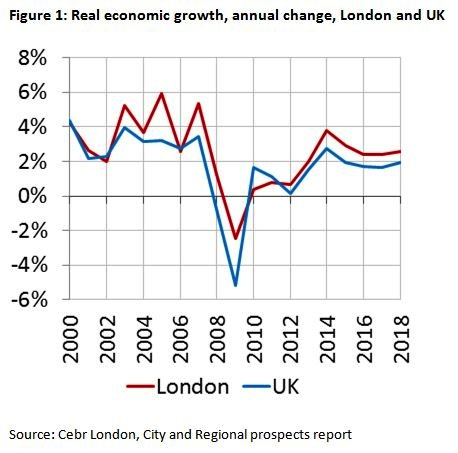 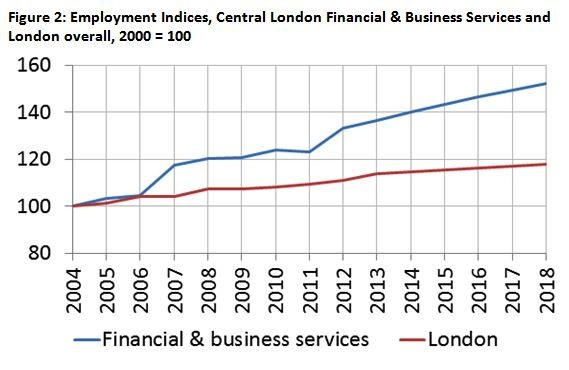 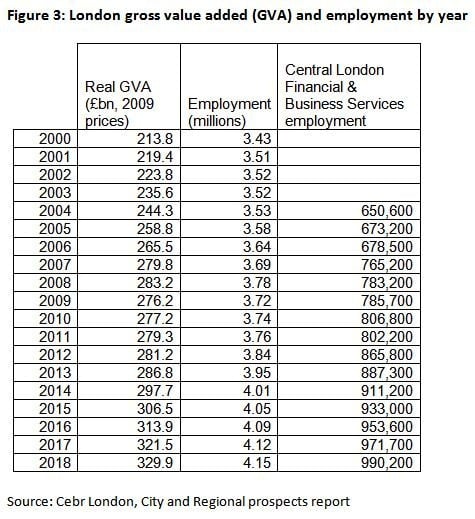 New Generation of Over 50s Emerge as Entrepreneurs

Pay freeze for half of British Companies