London Grammar are Hannah Reid, Dot Major and Dan Rothman who formed the band while at university together. After being holed up in the studio for most of 2012 working on their debut album, London Grammar dropped their first offering ‘Hey Now’ on their Soundcloud in December which has almost 370,000 plays to date.

The song garnered up a huge word of mouth buzz online and strong support at radio with plays from the likes of Zane Lowe (Next Hype), Phil Taggart & Alice Levine (ROTW), Huw Stephens, Rob Da Bank, Giles Peterson and Annie Mac to name a few. The title track of their EP ‘Metal & Dust’ was released in February, receiving its first play on Radio 1 as ‘Hottest Record’ on Zane Lowe’s show, before being added to the Radio 1 In New Music We Trust List.

London Grammar recently performed their first London headline show at a sold out Electrowerkz and will be performing a second sold out headline show at London Islington Assembly Hall on 15th May. Full live dates are as follows: 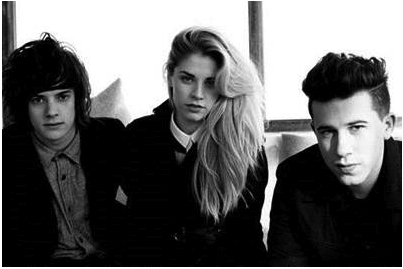 Don't Be Afraid of the Dark – A Guillermo del Terro presentation