London house prices could be halved by Euro crisis

The recent rush of money seeking a safe haven has pushed the price of luxury London homes up during the recent financial crisis, but this could quickly be reversed if the Eurozone breaks up leaving many with homes worth 50% of what they paid for them.

The research by the property firm Development Securities (Prime Central London: In a Class of its own?) covers seven postcode areas where the average house price is a cool Â£1.2 million.

The inflow of money into the capital by safe haven investors has pushed the price of PCL property up by 75% says the report, with 60% of them going to foreign buyers. But this could all change should the Euro fail. “A break up of the single currency is perhaps the single greatest threat to PCL” says the report.

The report argues that the PCL property market is different from the rest of the country for several reasons.

It says that PCL property attracts investors from around the world, including the UK, who would never consider buying in any other part of the country. Because of this 90% of their price movement is caused by “…a combination of: changes in global equity prices; changes in the sterling exchange rate; and changes in those factors to do with risk and uncertainty that underpin the relative attractiveness of sterling assets more widely.”

This means that a Euro collapse, which would bring with it strengthened sterling and a collapse in global equity prices, would ‘undermine’ the wealth of those that would normally buy PCL property. But the report does say that after a time this trend would begin to reverse as the markets began to settle after the turmoil.

Michael Marx, Chief Executive of Development Securities, said “Safe-haven flows associated with fears about a messy end to the euro debt crisis have boosted PCL property prices over the past two years. And yet we end this report by arguing that a break-up of the single currency area is perhaps the single greatest risk to PCL prices. In the worst-case scenario, we estimate that PCL prices could fall by 50% following a break-up of the single currency area.”

Then we could see house prices across the country eventually following suit, despite PCL prices being ‘different’. 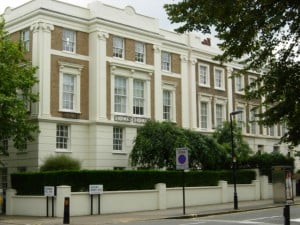 Is Tunisia the New Hot Spot for Energy Investors? Interview with John Nelson