London's sky-rocketing house prices are inflating a dangerous housing bubble says the London Green Party, which argues that ordinary Londoners are being priced out and is calling for the building of more affordable homes and 'smart' controls to stabilise rents.

Speaking on the BBC Radio 4, Lord Adair Turner, former chairman of City watchdog the Financial Services Authority, raised concerns that people desperate to get on the housing ladder were borrowing more which was pushing up prices further creating a "self-reinforcing system which is bound to create instability". Turner is the latest in a long line of senior figures to this week raise the alarm about rocketing house prices in the capital. 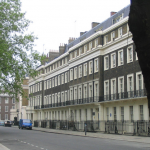 Charlotte George, Green Party Council candidate for Hackney, which is at the heart of the housing bubble, said:

"Ordinary Londoners are being burned by the overheating real estate market in London and urgent action must be taken to cool down this unsustainable frenzy. The Green Party puts Londoners before investors."

The London Green Party, which recently released the hard-hitting 'Crumbs for London' report into housing, is calling on the current and future governments to put the need for a home before the desire of investors for profits by building more genuinely affordable housing and introducing greater security of tenure and smart rent controls for tenants in private rentals.